We feel this is important because two funds representing retirees and other ExxonMobil investors, the Church of England and New York State Common Retirement Fund, are currently misrepresenting our position on these important matters in an effort to influence voting at our annual shareholders meeting later this month. 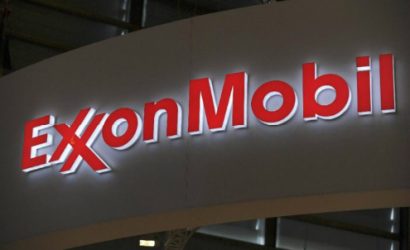 ExxonMobil is committed to doing its part to address the dual challenge of meeting the world’s growing demand for energy while reducing the risks of climate change. In February last year, ExxonMobil released the latest edition of our Energy & Carbon Summary, which details how the company manages the risks of climate change. The report analyzes potential impacts to the company’s business through 2040, considering the average of potential 2°C scenarios which project global energy-related CO2 emissions in line with the goals of the Paris Agreement, which we support.

Since 2000, ExxonMobil has spent more than $9 billion to develop and deploy lower-emission energy technology such as cogeneration, algae biofuels, and carbon capture and storage. The Energy & Carbon Summary highlights the solutions that ExxonMobil is providing customers to help them reduce their emissions and improve energy efficiency.

The report also details elements of our climate-related public policy work. This includes our leadership in calling for regulation of new and existing sources of methane emissions from oil and gas operations (in addition to being a signatory to the Methane Guiding Principles), participation in the Oil and Gas Climate Initiative, our Founding Membership of the Climate Leadership Council, and financial support for Americans for Carbon Dividends, a carbon tax advocacy organization.

Not all owners agree on how best to manage the myriad risks a company faces, including the risks of climate change. This is why ongoing and robust shareholder engagement is so critical to the effective governance of the company. It enables the Board and senior management to hear multiple perspectives, including conflicting points of view, and to incorporate those views as appropriate.

In 2018, we held more than 80 engagements on Environmental, Social, and Governance issues with investors, pension funds, and other organizations, including multiple engagements with the Church of England and New York State Common Retirement Fund.

We believe our extensive engagement is evidence of our commitment to good corporate governance and the importance we place on receiving insights from all segments of our diverse and varied shareholder base.

While shareholders do not need to file shareholder proposals to engage directly with the company, when they do, ExxonMobil considers all resolutions thoroughly and in accordance with the rules established by the Securities and Exchange Commission (SEC).

During this year’s proxy season, we received 14 shareholder proposals, including the proposal jointly submitted by the New York State Common Retirement Fund and the Church of England. While some proposals asserted that ExxonMobil needed to do more to respond to the risks of climate change, others opposed additional action on the issue.

We engaged directly with all proponents or their representatives to best understand their concerns, which were carefully considered by ExxonMobil’s Board and management.

In several instances, we opposed including a proposal in our proxy statement because what was being asked of the company had been already substantially implemented or because the proposal sought to micromanage the company, two reasons the SEC considers under its rules.

After considering positions by the company and proposal advocates, the SEC supported the company’s views that five of the submitted proposals – including one by the New York State Common Retirement Fund and the Church of England – met the SEC’s standards for omission from our proxy statement. I should note that some of the excluded proposals also included those that opposed additional action on climate change.

Unfortunately, the Church of England and New York State Common Retirement Fund are now arguing that ExxonMobil, by successfully requesting SEC confirmation that their resolution could be omitted, is failing to engage with shareholders and is not taking climate change seriously.

Over the past year, we engaged in detailed discussions with the Church of England and New York State Common Retirement Fund on three separate occasions, including an in-person meeting just a few months ago. While their perspectives were carefully and respectfully considered, the Board viewed matters differently, and followed the SEC’s established process.

We respect their right to disagree but believe their campaign urging other shareholders to vote against the Board and to change the company’s governance structure by separating the roles of chairman and CEO is unwarranted.

ExxonMobil’s annual shareholders meeting, on May 29, gives shareholders the opportunity to have their voices heard on many topics that are important to our company. We encourage our shareholders to carefully consider the issues using the information in our proxy statement, Energy & Carbon Summary, and our website, and vote in accordance with the Board’s recommendations.