Exploratory Study Of Negative Consumer Perceptions Of Made In Nigeria Products

So before we kick this off , take a look at the way Nigerians now patronize our own made international rice. Yeah i had to call it “international rice” so that those white folks can come see what they are missing and come down here to also purchase our rice instead of giving africans those plastic shit that could lead to cancer and all those things that come with it. Moving on, this article, revealed predictors in terms of relevant factors responsible for consumer negative reaction towards locally produced goods.

These factors include ; perceived poor quality of locally produced goods ; poor after sales services ; poor designs and styles of local goods ; unfair pricing ; self ego and pride of some consumers ; unfair competition posed by imported goods ; corrupt government practices which favor foreign products ; ineffectiveness of government policies that make smuggling to thrive ; and ineffective marketing of local products among others. However, this article recommends that manufacturers and producers of local products should improve on quality of local products, couple with aggressive re-branding, repackaging and distribution of these goods.

It is also necessary for government to support the local manufacturers in areas of enhancing the availability of productive infrastructure and necessary policy measures such as banning some foreign goods which can be manufactured and produced locally.

Furthermore, state governments should promote the products being produced in their respective areas so as to encourage consumer patronage of such products. Finally, the federal ministry of information and national orientation agency should embark on aggressive campaign towards enlightening and educating the consumers on the need to patronize locally made goods. 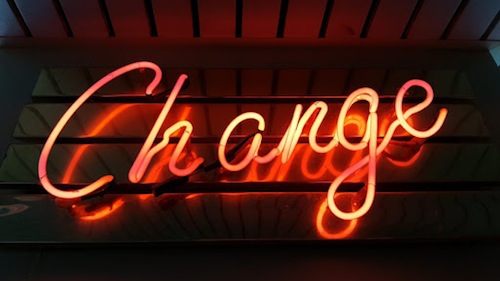 In any economy, government ensures provision of infrastructural facilities to enable entrepreneurs produce goods and services. Like! i was seeing a programme some days back and i saw some so called politicians saying that the government can’t do everything and i’m like what the hell !!! see any country with the resources that Nigeria has got and the kind of funds Nigeria as a whole has spent so far and the people in power keep telling us these kind of crap. i think we’ve got to take them out.

We are Nigerians, whatever we demand we must get because we are Nigerians for christ sake. So such facilities that will be provided by the government are imperative for the provision of employment opportunities, enhancement of GDP, and economic self sufficiency.

In Nigeria, the provision of productive infrastructures is to ensure economic growth and development. The Nigerian consumers from time immemorial, prefer foreign products at the expense of the locally made counterparts.

In fact, Nigerians are ever prepared to pay exorbitant prices for foreign products compared to locally made goods that command relatively cheap prices. So in order to meet the insatiable demand for foreign goods by the nigerian consumers, almost all the markets in the country are overwhelmed with a wide range of imported goods, which tend to obscure the locally manufactured products. 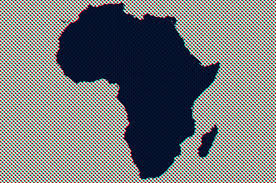 According to Eunice Abimbola, the impact of consumer’s negative perception of locally made goods in Nigeria has very deep negative consequential effects on the local industrial operations in particular and the economy in general. Scarce foreign exchange is being expended on importing foreign products, the type and kind which are produced locally at the detriment of more important needs that require such foreign exchange.

With this local manufacturers and entrepreneurs are being stifled and unemployment is getting worse. Although various verifications might have been carried out in the areas of consumer rejection of made in Nigeria goods and different suggestions might have been offered, in spite of it all, the attitude still persists. Therefore we look into the predictive factors that are sustaining the negative perception of Nigerian consumers about made in Nigerian goods despite the bitting effect of the current economic recession which the country has been through.

In this connection, consumer perception has to do with how individuals form opinions about companies and the merchandise they offer through the purchases they make. However, consumer perception refers to a marketing concept encompasses a customer’s impression, awareness, and/or consciousness about a company or it’s offerings.

Hence, consumer perception is normally affected by such media like advertising, reviews, public relations, social media channels, and personal experiences. In related terms according to marketing dictionary, customer perception refers to the process by which a customer selects, organizes, and interprets information/stimuli inputs to create a meaningful picture of the brand or the product.

It involves a multi-stage process that translates raw stimuli into meaningful information which they form opinions about companies and their goods. 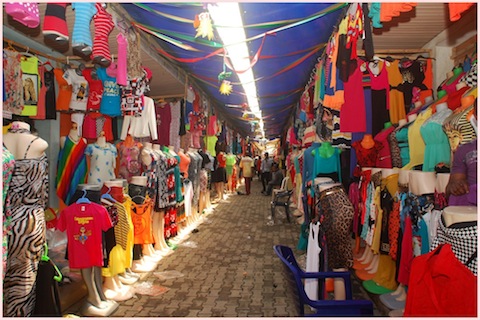 These factors have been adduced as being responsible for the negative consumer perception of made in Nigeria goods. These causes of consumer’s negative perception on locally produced goods are :

The influx of foreigners on the shores of the country which predates colonization heralded the introduction of foreign goods to the delight of Nigerians. Such foreign products were used to entice the traditional rulers and their cohorts into exchanging their natives for such goods, since these atrocities has been committed their penchant for these goods at the expense of their local products, has waxed stronger and never abated till today.

With that being said can we at least ship all this lebanese and the people from Philippines out of our country and also give them strict sanctions as they use our women for slaves and they’ve got no regard for african culture even in the 21st century.

The government leadership particularly the governors in various states of the federation prefer to make foreign trips to import machinery and equipment, which are being produced locally, for legacy projects and programmes. For instance, Nigerian governors spent abnormal quantum of scarce foreign exchange to import tractors when they were being assembled by steyr tractor company in Bauchi state.

Furthermore, its true that the toyota brand is a very good official car brand but since you guys in the government tell Nigerians that there’s no funds, then don’t you it’s wrong for the elected government officials and political appointees to prefer to import cars and buses, for official use, instead of patronizing the Peugeot Automobile Nigeria (PAN) limited at kaduna, Innoson Manufacturing company at Nnewi and the likes of ANAMCO and i just got to know that Dangote also got one coming up in no time.

The local manufacturers in the country are basically confronted with low patronage of their products by consumers. This has to do with their inability to produce standard and quality products, which can favorably compete with imported goods.

Because the Nigerian consumers, just like others around the world, are normally motivated to patronize products that meet their tastes and preferences, and local products in the country do not seem to meet these expectations.

Hence, producers of local products in the country have onerous duty towards embarking on aggressive re-branding and repackaging of their goods coupled with the use of blanket distribution and imaginative promotion strategies towards making their goods acceptable and patronized by consumers around the country.