Effects of Public Expenditure on Unemployment Rate in Nigeria: A Disaggregated Approach

The Nigerian economy has been experiencing unemployment problems over the years due to deficiency in employment opportunities occasioned partly by policy inaction and partly by general economic downturn. In general terms, the main causes of the unemployment problem in the country are multi-faceted, and these include: poor state of infrastructure, collapse of the textile industry, and liberation of trade and globalization. The other factors are: explosion in number of graduates, retrenchment of workers arising from privatization, corruption and mismanagement of public funds (just like some dollars were seized by the customs today at the airport) low degree of entrepreneurship among the youth and over dependence of Nigerian economy on foreign economy, among others.

Including contributions made by Dr, Abdullahi Shehu Araga which states furthermore, that some policy measures initiated by the government towards generating employment opportunities in the country such as National Directorate of Employment (NDE), National Poverty Eradication Programme (NAPEP), National Economic Empowerment and Development Strategy (NEEDS), Small and Medium Enterprises Development Agency of Nigeria (SMEDAN), and Subsidy Reinvestment and Empowerment Programme (SURE-P) could not perform as expected as a result of funding inadequacies, poor implementation, poor maintenance, corruption, embezzlement, and fraudulent behavior of their officials, just to mention a few of their inherent problems.

Can you imagine that, during four decades of 1970-2011, the average unemployment rate was about 9.67 percent, and it declined to 5.52 percent from 1970-1989, and it started rising to 13.46 percent for the period of 1990-2011. I do not have to tell you that the figures presently at the moment is staggering, i mean when you leave the front doors of your house you can see for yourself if you look around. There are differences in the states’ unemployment rate. Generally, the northern states show higher unemployment rates. I’ve had the opportunity to visit adamawa state one time and i can tell you that the roads in the north are of more quality and are more fresher than that of any where else in Nigeria.

Government expenditure is regarded as public funds that is expended or spent on goods which are classified as investment goods. These include amenities that will be used for an extended period of time such as roads, dams, school, hospital, education structures, and rail lines, among others. Government expenditures entail the expenses that the government incurs for its own consumption(recurrent services), for projects and programmes in particular, and provisions of social and economic infrastructure generally implicitly with the intent to enhancing the employment opportunities in the economy. Government objectives for public expenditure include: enhancing employment opportunities (towards reducing rate of unemployment), reducing level of poverty, ensuring development of infrastructure and controlling high inflationary trend among others. 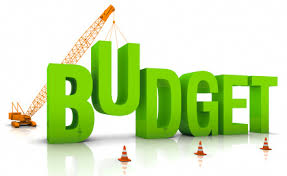 Public expenditure in Nigeria, based on sectoral classifications, is normally expended on commitments and among these commitments, there are some government sectors in the economy that are regarded as being strategic and vital since they are termed imperative and productive to the economy. These include agricultural, education, transport and road networks, and communication which constitute some basic social and economic infrastructure facilities needed for driving the various economic operations in the country.

The pattern of government expenditure in Nigeria assumes extremely high trends from year to year. This rising trend for instance, shows that the persistent rise outstrips the yearly quantum of total revenue, which implies deficits. This is indicative of the fact that the government has been operating deficit budgets over these two decades. hmmm this one is mad o !!!!

Scenario of Unemployment in Nigeria

Unemployment is simply a situation whereby some people who are ready to work and really looking for work but could not secure jobs. This arises from absence of employment opportunities in the economy as it relates to deficiency in employment opportunities, which leads to involuntary idleness of amazing employable hands in any country (not to talk of Nigerians who are the most impeccable individuals in the world). This implies that unemployment comprises labour resources that are idle yet they posses requisite knowledge, skills and ability and are willing as well as seeking to work but cannot get paid employment. Scenario’s like this signifies wastage of human resources because goods and services that could have been produced are forgone.

Active government intervention in the market place through government expenditure can be used for generating employment by ensuring efficiency in resources allocation and regulation of markets. Economic growth through full employment is strongly influenced by total spending in the economy. Our economy is inherently unstable and requires active government intervention through spending to achieve full employment. We need to know that our ability to understand what determines the level of spending will help us to know what determine the level of employment, production of output and income in the economy.

The total expenditure on education is positive and has significant impact on the unemployment rate in Nigeria. It should be noted herein that government expenditure on the educational sector in Nigeria has a double-edge effect in the economy. While it equips the youth with required skills(human capital development) for gainful employment, thereby reducing rate of unemployment, evidence also provides that such skills are defective because they do not match requirements of operations in modern organizations and industries.

We have already read above that the public expenditure on agriculture, education and transportation and all other sectors are important and they impact a positive significance on the reduction of unemployment in Nigeria.

Finally, government should also emphasize more on capital expenditure, while curbing wastes in recurrent expenditure on road construction and rehabilitation, so as to ensure solid road network in the country. This is because enhanced capital spending on roads has tremendous effect on reduction of unemployment rate while also enhancing movement of goods and people around the country, thus translating into improved economic growth and development.