E-commerce Brand Designs: What Nigerians Should know About

The title of this Article enables me to remember the events of (2014) when i ventured into the E-commerce business, you know over the years, the internet has grown exponentially as e-commerce has evolved drastically.

Think about it, big companies and small medium scale companies all seek to earn more revenue, and as it stands presently in the world every company has an online presence be it on the web or through social media. And this has brought great change among top brands.

Having an online business doesn’t always mean having a great website. So to assist the audience in finding a business, you need to have a logo. Logos are the brands’ most notable identity. And like every other thing in the world your identity is what you are. 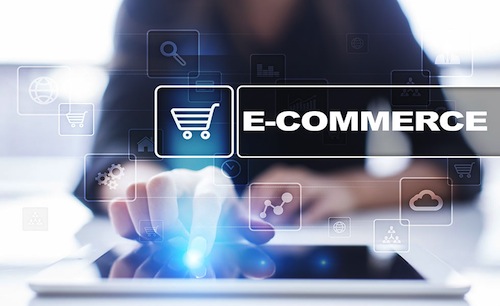 Are you planning to start an E-commerce business? if so, then you will need to start with a logo and a tag name.

By simply looking at the logo, customers can recognize your brand easily. A well-designed logo can assist a business get launched at the top most level while a wrong one can lead to immense failure.

Creating a logo that can get connected with the audience is not as easy as it seems. It requires careful planning and purposeful decision making.

Take a look at the top brands their logo’s have got a purpose with it, it’s just extraordinary. In this article i have made a list of the top e-commerce brands with their designs that every Nigerian should know about and the youths in Africa can look up to if they endeavor to start up an e-commerce business online. 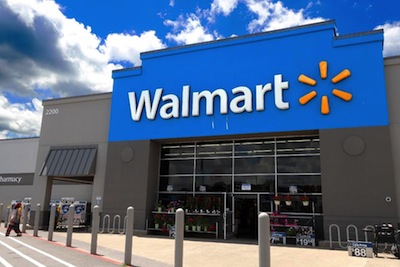 Walmart is the largest global American department store chain that started its operations in 1950. From the beginning, we can see that the name of this company has been the center point of their logo design. The company has undergone many transformations, and the current logo has been around for everyone to see since 2008.

Unlike other logos, the current walmart logo, except the letter ‘W’ features ‘Walmart’ in lowercase.

The star symbol has been replaced with the sun icon, representing sparks of creativity and innovation that they and their employees embody at this point i do think you should write this down somewhere.

Talking about the colors, well, the company used the soft blue and yellow scheme in the design that evokes a feeling of happiness and inspires hope as well as transparency.

The logo reflects the company’s new eco-friendly approach to run their businesses globally, and today it is one of the most recognizable symbols in the e-commerce industry. 2018 was the year walmart finally found its stride in its fight against Amazon. Equipping thousands of stores and made quite a huge some of money at it.

Target is the second-largest retail store in the world today. The company started its operations in 1902. And in 1989, the company removed the ‘Bullseye’ image from its logo. In 2018, the company introduced its current logo.

The only difference between the current and previous logo is that the company name has been changed from uppercase to lowercase. The circle within the circle symbolizes totality and universalism. so if you would love to start up a company i can not stress this enough the logo is as important as what your services to the world at large is about.

The company’s brand stands out because of it has got a bold red color. With simplicity being the ultimate sophistication, The target brand is among the best there is. 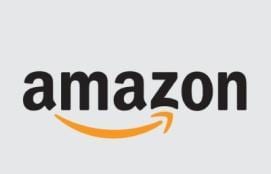 Amazon started its company in 1994, and during that time, it was nothing but a small online bookstore. still checking out what it is today, it is a billion-dollar company that has and sells every product one can think of. This company brand has not only won the hearts of their customers through their services but also their logo design.

The design of their logo is quite simple but communicates a lot about the company. The arrow starting from ‘A’ to ‘Z’ conveys that they sell everything a customer can possibly want or want possibly.

The arrow below the word mark simply means that the customers will receive fulfillment through the experience of shopping on their website. The black color in the design signifies dominance, while the orange color resonates with happiness and pride.  Of course with great power comes great responsibility. 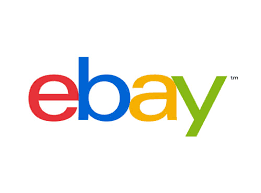 I was watching spider man when i thought about this company called Ebay. You see when the company got launched, Pierre Omidyar, the founder of ebay, didn’t think much about having a symbol for his e-commerce company.

He just wrote the name of a company in a plain black color text in Times New Roman font, which was perceived as the company logo. little did he know that it was going to be part of the big brands in the world decades later. But actually, it was not a logo.

When the founder realized the importance of a logo for a brand of a company like this with huge scale, he went further to actualize his brand more dominantly in the E-commerce market space. 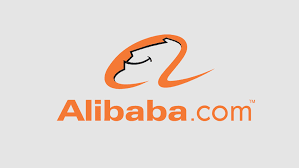 We all know the story of jack ma and the discovery of the one time probably still is the biggest online retail E-commerce store in the world. Alibaba is a Chinese multinational company that specializes in e-commerce, retail, Internet, and technology.

The company started its operations in 1999. Since the beginning, its iconic emblem has been a part of their logo brand design. If you look closely into the emblem, which is probably the face of ‘Alibaba’, from the letters ‘A’ and ‘L’.

This sets a perfect example of negative space. The name of the company has been placed just below the symbol. And the first part of the name has been written in bold while ‘.com’ is given a regular weight font. The design is quite special if i must say.

Uber is an American multinational company that offers ride-share and ride-hail. In 2018, the company introduced its new logo for the brand. As of 2019, Uber is estimated to have 110 million worldwide users.

After each journey, drivers are required to rate passengers on a scale of 1 to 5 stars. Passengers are not required to rate the driver, although are encouraged to do so using the same 1 to 5 scale. Riders and drivers who have low ratings can be deactivated.

The background and the color of the logo have been kept similar. Talking about the font, well, Uber Move san-serif font type has been used by the designer as the font is popular for moving signage worldwide.

If Uber can come up with a logo for their brand then you can too.

Newegg is a leading tech-focused e-retailer in the USA. The company has a global reach of more than 80 countries and counting. The company started its operations in 2001. The founders of the company claim that the name as well as the company logo represents hope for new businesses in the world, which was earlier a struggle for the e-commerce businesses.

Just as the name implies, the company’s current brand logo features an image of three eggs, and the brand name has been written on top of one of the eggs. The color white and orange have been used in the design to denote perfection and success respectively. 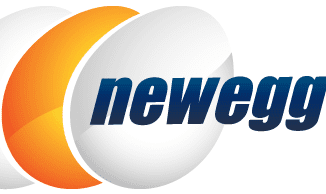 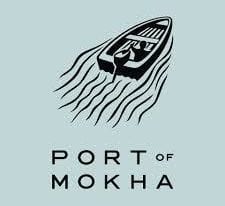 Port of Mokha is a famous brand that sells coffee from Yemen. The Mokha brand is basically a port city on the Red Sea coast of Yemen. And exactly like the name implies, the company has a logo featuring a boat leaving from the coast. There is a trail of waves behind the boat.

The brand name has been placed behind the boat. The logo also communicates the story of the owner, who left for Yemen to bring back its coffee for the world to taste. Now this is what i call adventure.

Urban Ladder initiated it’s operations in 2012, with a thought to make a million homes beautiful. The company brand logo sets a perfect example of minimalism. The logo features an incomplete square along with the company brand name. The orange color used in the brand logo design signifies creativity and joy.

Best Buy is an American multinational consumer electronics company that was founded in 1966. Since the time of its inception, On May, 2018, when the company introduced its current logo. Technically, the current logo is much better than the previous ones. 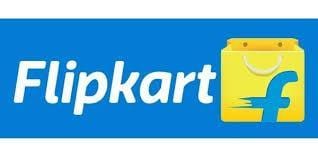 Flipkart is another top e-commerce company that started its operations as an online bookseller. The company has introduced six logos since creation. The current brand logo was introduced in 2015. The logo was conceptualized and designed by the Flipkart design team and an external agency called Umbrella Design.

The Flipkart brand design combines the elements of youthfulness and playfulness. The new design has also retained all the elements that represent the company’s legacy of being trustworthy, strong, and authentic.

The icon in the logo resembles an open box. The current logo has been designed by Design Studio – a firm that has also designed the logo of ‘Airbnb.’

Snapdeal is one of India’s largest e-commerce online companies. It was in 2016 when the company gave a second-time makeover to its brand logo design.

Despite the forces that push business to adapt with the e-commerce system as a means to sell goods and products, the manner in which customers make purchases is similar in countries from these western regions.

For instance, there has been an increased usage of smartphones which comes in conjunction with an increase in the overall internet audience in Nigeria. marko olive writes that consumers are scaling up to more modern technology that allows for mobile marketing in Africa at large.

However, the percentage of smartphone and internet users who make online purchases is expected to vary in the first few years. It will be independent on the willingness of the people to adopt this new trend in Nigeria.

E-commerce has become an important tool for small and large businesses worldwide, not only to sell to customers, but also to engage them.

So if you as an individual find yourself in a position to create an E-commerce company, know that the brand logo design is the very first step and it is highly important.

Just as we discussed extensively in the article view and review the top brands and see what needs to be changed or added into your company brand design while you make and create something out of this world. thank you for reading cheers.