DuckDuckGo just Made Browsing Even More Private for Android Users

DuckDuckGo (DDG) is an internet search engine that emphasizes protecting searchers’ privacy and avoiding the filter bubble of personalized search results. DuckDuckGo does not show search results from content farms. It uses various APIs of other websites to show quick results to queries and for traditional links it uses the help of its partners (mainly Bing) and its own crawler. Because of its anonymity, it is impossible to know how many people use DuckDuckGo. The company is based in Paoli, Pennsylvania, in Greater Philadelphia and had 180 employees as of August 2022. The company name is a reference to the children’s game duck, duck, goose. 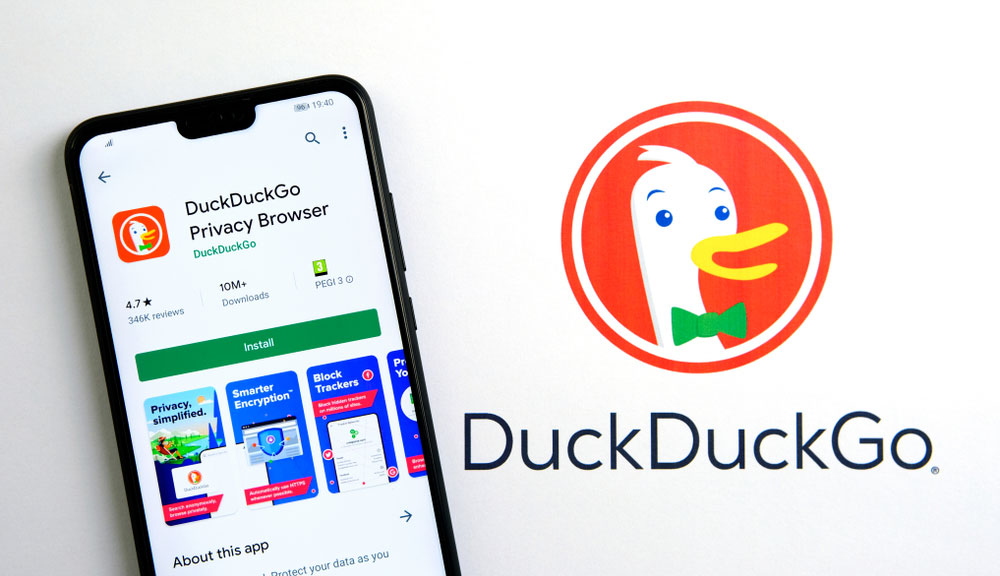 DuckDuckGo was founded by Gabriel Weinberg and launched on February 29, 2008, in Valley Forge, Pennsylvania. Weinberg is an entrepreneur who previously launched Names Database, a now-defunct social network. Initially self-funded by Weinberg until October 2011, it was then “backed by Union Square Ventures and a handful of angel investors. Union Square partner Brad Burnham stated, “We invested in DuckDuckGo because we became convinced that it was not only possible to change the basis of competition in search, it was time to do it.

In addition, Trisquel, Linux Mint, and the Midori web browser switched to use DuckDuckGo as their default search engine. DuckDuckGo gains revenue via advertisements and affiliate programs. The search engine is written in Perl and runs on nginx, FreeBSD, and Linux. DuckDuckGo is built primarily upon search APIs from various vendors.

The search engine DuckDuckGo is made for those concerned with privacy — and it just got a bit more private. On Wednesday, DuckDuckGo announced that App Tracking Protection, a beta feature that helps block third-party trackers in your apps even if you’re not using them, is now available for all Android users. The feature, which launched in beta for a limited number of users about a year ago, has now added the ability to see what personal data trackers are trying to collect.

According to DuckDuckGo, the average Android user has 35 apps on their phone with 1,000 to 2,000 tracking attempts made every day. To use the new feature, all users have to do is update the latest version of the Android app, open settings, select “App Tracking Protection,” and follow the instructions.

If the feature sounds familiar, that’s because iOS users have already had access to a similar private browsing experience with Apple’s App Tracking Transparency. But as DuckDuckGo points out in its blog post, its implementation, which differs significantly from Apple’s in that it’s opt-out by default, services Android — a user base which makes up the majority of smartphone users worldwide.

Whether it will truly safeguard Android users’ browsing habits remains to be seen. Apple’s own app tracking feature has recently come under scrutiny thanks to a lawsuit which alleges the tech giant continued to track users’ activity even when tracking was disabled.

What is DuckDuckGo mostly used for?

DuckDuckGo is a search engine that offers a mobile browser app and a desktop extension, both aimed at allowing you to browse the internet without companies gobbling up your personal data.

Can DuckDuckGo be tracked?

DuckDuckGo does not have any trackers that monitor your online activities. However, when you visit individual sites from DuckDuckGo search results, you can be tracked by the websites you’re visiting. To avoid this, use a VPN like Surfshark.

What are the disadvantages of DuckDuckGo?

Disadvantages. DuckDuckGo still relies on advertising to generate revenue so you will still see visible ads in your searches. The difference however is that the ads aren’t personalised to the individual user. DuckDuckGo doesn’t include any protection from viruses, malware, ransomware, or other internet dangers.

DuckDuckGo search is completely anonymous, in line with our strict privacy policy. Each time you search on DuckDuckGo, you have a blank search history, as if you’ve never been there before. We simply don’t store anything that can tie searches to you personally.

But then they think ‘wait, but Duckduckgo is also free’. So how do they make money, then, if they don’t store and sell data? Just because they offer you complete privacy, it doesn’t mean Duckduckgo has no advertising ties. The Duckduckgo business model is still based on advertising and affiliate revenue.