Downloading iOS 16 Beta? What You Should Know in Nigeria

The easiest way to download the iOS 16.1 developer beta is via over-the-air update, the way you would update to any other new software release on your device. Here’s how: 1. On your iPhone or iPad, go to the Apple Developer Program download page, tap Install Profile for iOS 16.1 beta and hit Allow 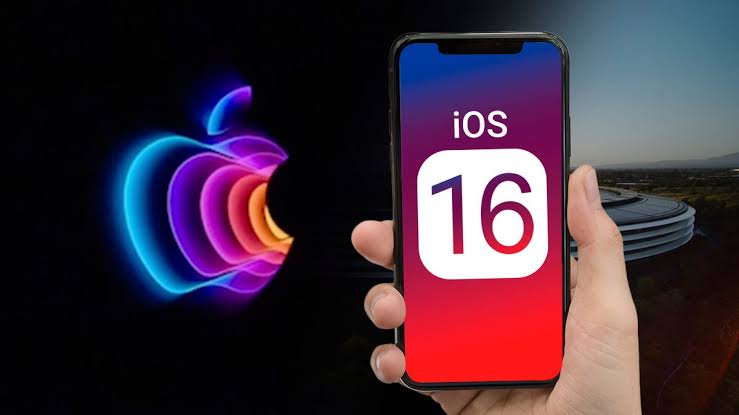 How long does iOS 16 Install take?

How long does iOS 16 take to install?

Depending on your internet speed, the time to download the iOS 16 update package can vary. However, once you have downloaded the update, iOS 16 should take at most around 10-15 minutes to install.

Is downloading iOS 16 beta safe?
Is iOS 16 safe to install for iPhone?

The iOS 16 beta should now be safe for normal users to download and install. However, there is potential for issues like crashing and sub-optimal performance, so do consider the potential instabilities before updating your iPhone to it.

Below are the things you should know in nigeria before getting this software.

While installing software, things can easily go wrong and result in data loss. Even though data losses rarely happen, there’s still a possibility. So, the best way to avoid it and secure your sensitive information is by creating a backup.

Get to know the software

Get to know all about the iOS software before downloading it. Increasing your familiarity with the software will help you identify the changes. For example, you’ll get to know about the new features that might be added or the features that may not work on the older iPhone models.

Make it a habit to read the rules before downloading any software and not just the iOS 16 beta. Reading rules is a must, especially if you’re downloading a particular software for the first time.

To read the rules, go to Apple’s developer beta website. It has all the information you need to join the developer program. However, the program isn’t free and you’ll have to pay for it. If you don’t want to pay, you can try installing the public iOS 16 beta. It is free to use but will require you to join the beta software program.

In case you run into a problem with the iOS 16 beta and want to go back to the iOS 15 version, downgrading can help. That’s why you must learn the downgrade process. Besides, downgrading to the official software may also improve the performance of your device.

But do know that downgrading is possible for only iOS 15.5 and 15.6 versions. Apple has closed off the downgrading path for versions iOS 15.4.1 and below. So, before you install the iOS 16 beta, learn all about the downgrade process.

The iOS 16 public beta comes with a range of new features. However, there’s also a possibility of bugs and a few quirks. So, it is up to you to decide whether downloading iOS 16 is worth the risk or not. If it is risk worthy, assess the risk by following the steps discussed here and then download it.

Can iOS beta ruin your phone?

Your iPhone will become more customizable in iOS 16. You’ll be able to choose how your lock screen looks, down to the font and color. You can even set up multiple customized lock screens with different widgets and easily swipe to switch between them.

What does the iOS 16 update include?

The current version of iOS 16 is iOS 16.0. Apple has seeded one beta version of iOS 16.1 to developers, an update that adds the groundwork for Matter support, expands the battery percentage indicator to more devices, a clean energy charging option, and more.

How do I uninstall iOS beta?

Here’s what to do: Go to Settings > General, and tap VPN & Device Management. Tap the iOS Beta Software Profile. Tap Remove Profile, then restart your device.

If you plan to go straight to iOS 16, you don’t need to download iOS 15.7 first. The bug fixes mentioned within the release notes are all contained within iOS 16 too. You can just hit the Upgrade to iOS 16 option that sits below iOS 15.7.

How to uninstall iOS 16?

Alternatively, you can head to Settings > General > VPN & Device Management > iOS 16 Beta Profile > Remove Profile. But keep in mind that won’t downgrade you to iOS 15. You’ll have to wait until the public release in the fall to get off the iOS 16 beta. If playback doesn’t begin shortly, try restarting your device.

Apple released the iOS 16 beta to developers following the conclusion of its June 6 WWDC keynote. Bloomberg’s Mark Gurman stated ahead of the WWDC that internal seeds of the iOS 16 beta were “a bit buggy.” He suspected that because of that, the public beta of iOS 16 might arrive later than usual.

How do I get developer beta iOS 16?

How to install the latest iOS 16 Public beta

Why should I restart my iPhone?

There are multiple reasons why you’re supposed to restart your phone at least once a week, and it’s for a good cause: retaining memory, preventing crashes, running more smoothly, and prolonging battery life.