Domino’s Pizza, Inc., trading as Domino’s, is an American multinational pizza restaurant chain founded in 1960 and led by CEO Russell Weiner. The corporation is Delaware domiciled and headquartered at the Domino’s Farms Office Park in Ann Arbor, Michigan. 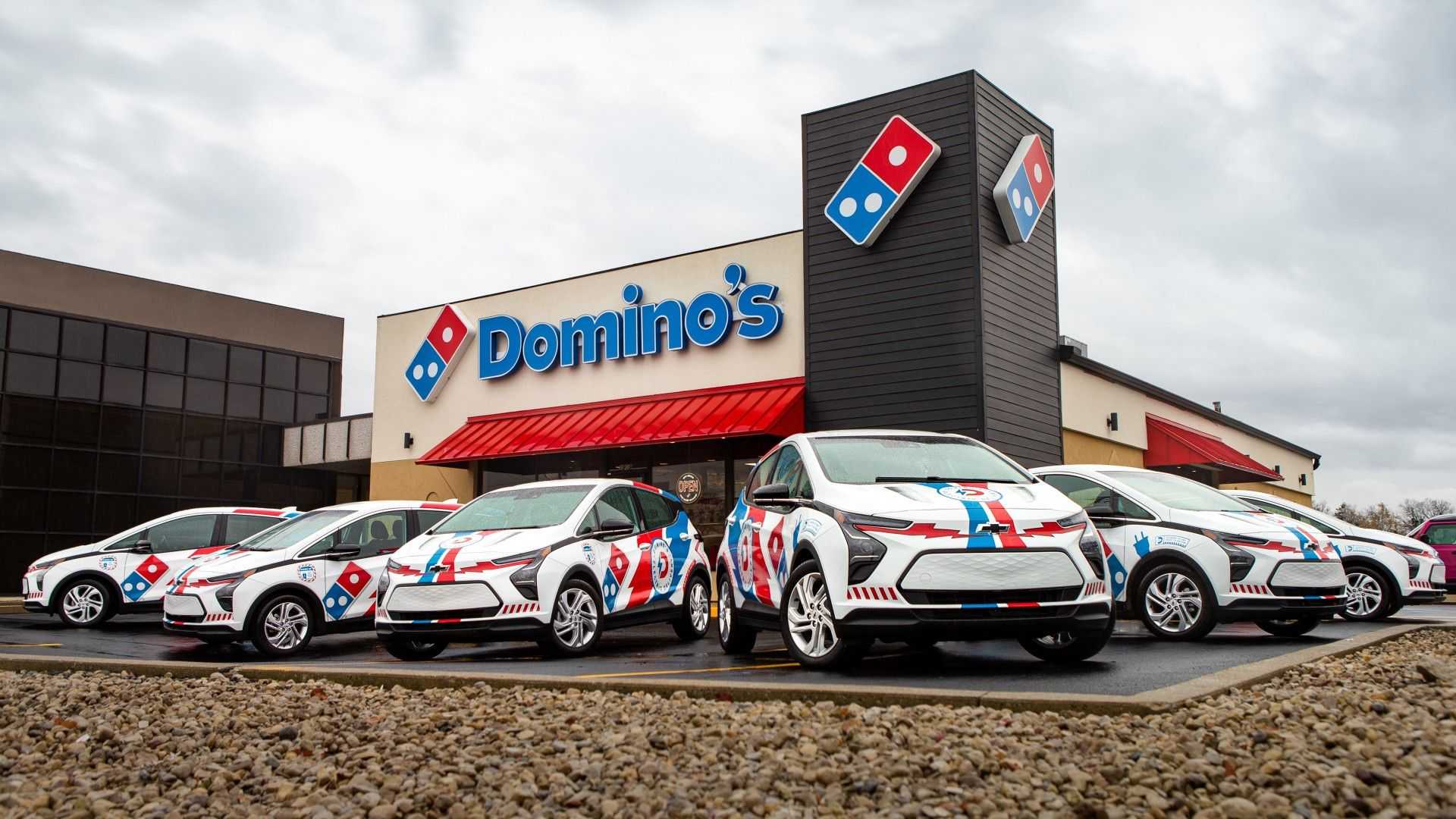 While it may not be your favorite pizza-slinger, one has to respect Domino’s Pizza for being forward-looking. Whether or not it actually launched the first pizza delivery service in 1960, it certainly popularized the idea and, more recently, has been testing autonomous vehicles and sidewalk robots to deliver pizza.

At some point, before robotic Domino’s delivery is commonplace, its pizzas may speed their way to you in an electric car.

On Monday, the company announced the arrival of more than 100 Chevrolet Bolts to select Domino’s locations, with another 700 due by the end of 2023. You can even check on their progress online—of Bolt deliveries, not pizza deliveries, although that’s possible, too, thanks to onboard telematics.

“Domino’s has always been on the cutting edge of pizza delivery, and electric delivery cars make sense as vehicle technology continues to evolve. We’ve made a commitment to net-zero carbon emissions by 2050, and this is one way we can begin reducing our environmental impact, one delivery at a time,” said Russell Weiner, Domino’s CEO.

The Bolt is an eminently sensible choice as one of the most affordable and efficient EVs for sale today. Domino’s says that not only are there servicing and maintenance advantages to an EV fleet, but it should also help the company attract delivery drivers who don’t have their own cars.