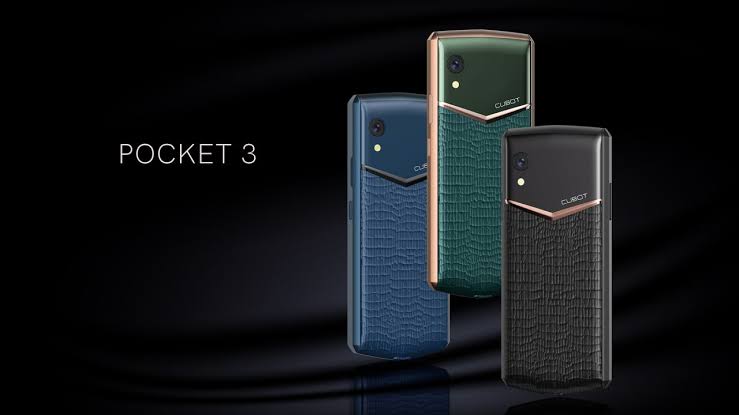 Cubot announced the launch of the quality Pocket 3 smartphone in 2022. The top cell manufacturer is offering the Cubot Pocket 3 phone with 4.5 inches display, Mediatek Helio G85 chipset, 4 GB of RAM and 64 GB of internal storage.

This smartphone is a portable computer device that combines mobile telephone and mobile computing functions into one unit. They are distinguished from feature phones by their stronger mobile hardware capabilities and extensive mobile operating systems, which facilitate wider software, internet (including web browsing over mobile broadband), and multimedia functionality (including music, video, cameras, and gaming), alongside core phone functions such as voice calls and text messaging.

The cubot Pocket 3 is the direct successor to the initial Cubot Pocket. As the name suggests, the device follows the same compact design body profile like it predecessor. It has almost the similar specifications with the KingKong Mini 3, except that memory option on the model is reduced, plus it no IP67/IP68K rating.

The weight of Cubot Pocket 3 is about 4.76 oz with battery, which is average compared to most of the smartphones with same size. The mobile quality dimensions of this Cubot phone are average (5.24 x 2.3 x 0.48 inches).

The internal memory of Cubot Pocket 3 (4 GB) cannot be expanded.The ram is a super fast type of memory that stores the applications you’ve well opened previously and allows you to pick up right where you left off without any lags.

On the performance side, Cubot Pocket 3 comes with Android OS v12.0 out of the box, but it is upgradable to the next operating system.

A mobile camera’s image sensor is a device that takes the light that enters the camera and produces a digital image from it. It’s pretty much the whole replacement for photographic film. The size of the sensor is important because the bigger the sensor, the more light it can well potentially receive.

The smartphone is on sale in nigeria for the price of $109.00