The BLU G90 is yet another quad-camera phone by BLU Products and after this BLU has launched BLU G91 Pro mobile phone. The BLU G90 Pro had a Redmi Note 8 Pro-like design. Whereas, the BLU G91 Pro resembles the OPPO Reno series.

The new device comes in two colors, namely Moonstone and Graphite. It measures 162.9 x 77 x 10.1 mm in dimensions and weighs 215 g. It’s yet another budget gaming phone and was the most anticipated upcoming BLU mobile phone this year. 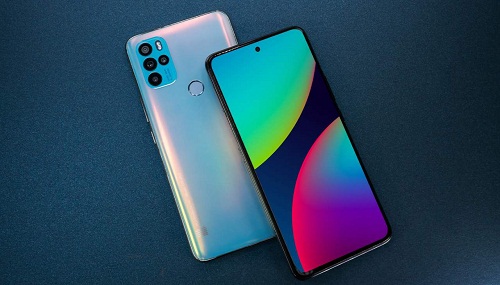 Blu G91 Pro is the higher variant of the G91, and the direct successor to the G90 Pro of last year. The model comes with a more powerful CPU, has better design and display, and even support both wired and wireless fast charging.

There are good things when it comes to battery life as you get a 5000 mAh battery that lasts long for 3 days a claimed by the company. There are a host of other options apart from normal wired charging ranging from 30W Super Sonic fast charging and 10 W wireless charging.

Ask your neighbor or co-worker what they desire in a phone and they’ll usually say something like “big screen” or “good battery”. Furthermore, they might ask for a lot of storage for apps and games, and maybe a headphone jack.

Despite what your wireless carrier might suggest, 5G connectivity is still a luxury that only few truly enjoy.
Miami-based BLU Products (BLU) is out with its latest phone, the G91 PRO, which happens to be targeted at just that sort of user.

As the newest in the budget G Series of handset, it packs a hardware suite that meets the needs of the masses with a little bit of extra sprinkled in for good measure. And if you’re able to get it during it’s limited-time discount period, it’s a damn good deal.

As for the camera department, you are getting four lenses on the rear; a 48-megapixel Samsung GM 1 lens, a 5-megapixel Ultra wide angle lens, 2-megapixel depth and a fourth 2-megapixel macro lens, while a single 16-megapixel selfie snapper is kept upfront. The BLU G91 Pro is fully equipped with auto-focus.

BLU G91 PRO comes with a couple of extra apps, some of which may be on your list to install in the short term. Present in our review unit were Pandora, Candy Crush Soda, Dancing Road, Solitaire, TikTok, The Weather Channel and an FM Radio.

A “Games Hub” icon opens the door to additional titles and the “News” app is a convenient way of keeping up with a wide range of topics.

Other settings under the “Intelligent Assistance” setting in the phone include lifting to wake, flipping to silence a call, three finger swiping for a screenshot or split screen, and double tapping power for the camera. 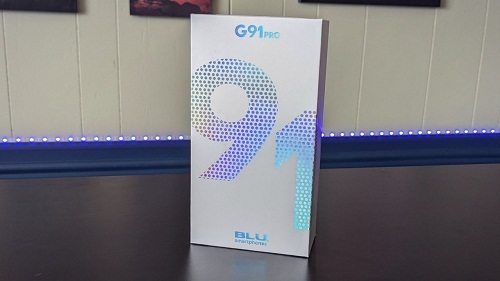 There is a built-in 5000 mAh battery that support 30W fast wired charging and 10 W wireless charging. This non-removable battery gives the smartphone a good back up.

The BLU G91 Pro is priced at $249.99 which is about 100,813 NGN. This smartphone is available and can be purchased at any mobile e-commerce store close to your region.

It is already up for sale exclusively on Amazon. For a limited time, the brand is offering a whopping $100 discount. Hence, customers can purchase the mobile phone for only $149.99. Additionally, very few buyers are also eligible for a free pair of ARIA Pods + truly wireless earphones.