A cellphone is simply a telephone that doesn’t need a landline connection. It enables the user to make and receive phone calls. Some cellphones also offer text messaging. A smartphone has more advanced features, including web browsing, software applications and a mobile operating system.

In turn, a smartphone also offers capabilities such as support for biometrics, video chatting, digital assistants and much more. Many consumers use their smartphones to engage with friends, family and brands on social media. 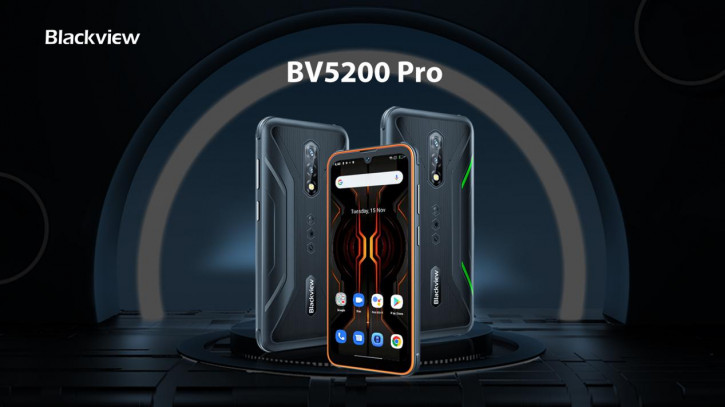 Blackview announced the launch of the BV5200 Pro smartphone in 2022. The manufacturer is offering the Blackview BV5200 Pro phone with 6.1 inches display, Mediatek Helio G35 chipset, 4 GB of RAM and 64 GB of internal memory storage.

Users can now access a wide range of functions without interrupting play switch networks, block notifications, answer calls, capture screen shots and send quick replies. The weight of Blackview BV5200 Pro is about 9.45 oz with battery, which is average compared to most of the smartphones with same size. The dimensions of this Blackview phone are average (6.36 x 3.07 x 0.54 inches).

LCDs are lit with a backlight as pixels are switched on and off electronically while using the liquid crystals to rotate polarized light. Polarizing glass filters are placed in front and behind the pixels, and the front filter is situated at 90 degrees.

LCDs are beginning to be outpaced by other display technologies, but still have a place in the smartphone market. Now, LCDs can be commonly found in budget to mid-tier smartphones- as the OLED is a bit more costly.

Computational photography is the use of computer processing in cameras to make a better-looking image beyond what the lens and sensor could traditionally pick up in one shot.

Computational photography is used in smartphones since there is less space for a large lens that can enhance pictures. Smartphones also have more processing power over the typical digital camera; meaning smartphones can automate many settings and provide additional photo editing tools.

Blackview BV5200 Pro supports 2G, 3G and 4G/LTE networks. This phone has a built-in GPS. GPS is a highly accurate navigation system using signals from satellites to determine a location on the Earth’s surface, irrespective of weather conditions. Most phones have a GPS unit on board.

The mobile phone is showcased with a retail price of $199 will be available at a heavily top discounted price of $99 only under the global launch sale.