What is the safest recording app?
If you are a Windows user, the safest voice recording app you can use is EaseUS RecExperts. This software is designed for both beginners and professional users to capture your voice effortlessly. This great app for recording audio can help you capture the system audio and your voice simultaneously or separately. More importantly, your audio file will never be accessed by any third party.

Voice recording is a nifty feature available on almost every smartphone. However, system recorders sometimes offer limited functionality, and while they serve the purpose of some consumers, there are folks who want more out of an audio-recording app. Thankfully, there are a plethora of apps for both iOS and Android that can help you record high-quality audio. 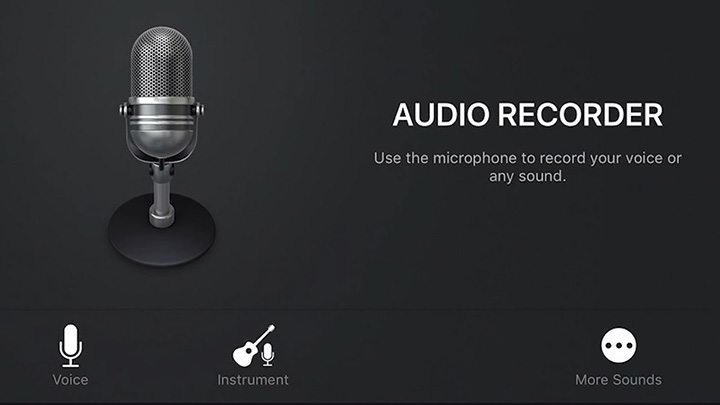 Obviously, the recording won’t be as good as one created with a dedicated microphone, but it’s definitely better than what a basic phone recorder would offer. Plus, some of these apps are equipped with features like sound enhancement, noise reduction, and real-time transcription. More often than not, pre-installed voice recording apps on our smartphones, particularly on Android devices, don’t produce the best sound quality. You’re pretty lucky if you own an iPhone since the built-in Voice Memo app can get the job done wonderfully. If you are looking for a voice recording application this is where you should be looking at.

Dolby On lets you effortlessly record live music, voice, videos, and podcasts, and get a suite of automatic studio effects in an easy-to-use audio recorder. It clears up and improves your audio quality with noise reduction, de-essing, and a fade-in/out. You can also shape your audio and video recording with Dolby’s unique Dynamic EQ and spatial audio for tone and space.

The app also boosts fullness and helps your audio and video recording cut through with compression and pro limiting to achieve ideal loudness. What’s cool about this is that you can use your favorite external mic to color your voice memo, music recording, or video recording.

Apple likes to keep things simple, and that applies to its apps as well. The pre-installed iOS Voice Memos app has an easy-to-use interface and is absolutely free. It allows trimming and basic editing within the app. With iOS 14, the app received an update that allowed you to enhance the audio with a button tap, and it eliminates background noise, hums, and echoes from the audio to produce a better overall recording. While the Voice Memos app is pretty impressive, it has limited codec support that includes MPEG-4, AAC (Advanced Audio Codec), or ALAC (Apple Lossless Audio Codec) for compression, so more professional users may want to look elsewhere.

Easy Voice Recorder is personally one of the first voice recording apps I’ve tried on my Sony Xperia SL way back then, and it works great. It can record high-quality PCM and MP4 or use AMR to save space. You can also quickly start a new recording with widgets and shortcuts and records in the background. It also comes with Android Wear support, which lets you record straight from your smartwatch.

You can subscribe to its Pro version, which lets you record using a Bluetooth microphone, trim recordings, remove unwanted sections with Edit mode, and record in stereo, import files, skip silence, volume boost, and custom bitrates, and more.

Google’s very own Recorder app is one of the best when it comes to sound recording on Android. The app offers a bunch of interesting features, including transcription and visualizing sounds. It’s worth noting that the transcription process takes place internally rather than online with a constant internet connection. So, you will be able to use the feature even without the internet. While the app has a lot to like, it has a few downsides. For instance, the app works on select Pixel devices, and the codec support is limited as well.

Samsung Voice Recorder offers high-quality sound while also offering playback and editing capabilities. It comes in three recording modes, including Standard for simple recording interface, Interview that activates two microphones located on the top and bottom of your device to capture you and your interviewer (or interviewee)’s voices. What’s nicer is that it also displays dual waveform accordingly. Lastly, Voice Memo mode records your voice and then converts it to on-screen text, so-called STT.

For some of you who don’t know, Apple’s GarageBand lets you record high-quality audio. You can record your voice, an instrument, or other sound using your iPhone’s microphone and play it back in GarageBand. You can also record sounds using an external microphone connected to your iPhone.

The Audio Recorder has two sets of controls you can use to change the sound. Fun view lets you quickly change your recording’s sound, while the Studio view gives you more options to enhance your recording. It also has a feature that reduces unwanted noise.

The Voice Recorder and Audio Editor is one of the most sophisticated audio-recording apps. Apart from recording audio, it is capable of dictating and transcribing. You can record as many audio clips as you want, with no paid limits for numbers. That said, there are in-app purchases for features, such as transcribing speech to text and being able to add notes to individual recordings. It can also record calls on your iPhone with a paid subscription. Besides this, the app allows you to password-protect the recordings, change playback speed, trim and loop recordings, etc.

Smart Recorder has been specifically designed for high-quality and long-time recording with a clean and simple user interface. It comes with an automatic and manual sensitivity control for Skip silence mode (Beta), a live audio spectrum analyzer, a wave/PCM encoding with an adjustable sample rate (8-44 kHz), and recording in the background (even when a display is off).

Recorder Plus is another great recording app for your iPhone. The interface is simple, so you won’t be fiddling with menus even if it’s your first time using the app. But what’s great is that recording continues in the background even if you switch to a different app. It also allows you to choose the quality of the sound recording, make basic edits, and use it as an audio player. Moreover, it supports formats such as MP3, MP4, CAF, WAVE, and M4A.

Audio Share is a voice-recording app designed to cater to musicians and other creative artists. It has a large library of supported audio files and a very powerful file management system, and it allows you to record via an external microphone. Plus, you get to choose from a bunch of bitrates, and it can play recordings at different playback qualities. Not an app to miss, this recorder is pretty feature-rich and allows you to trim, fade, convert and normalize recordings.