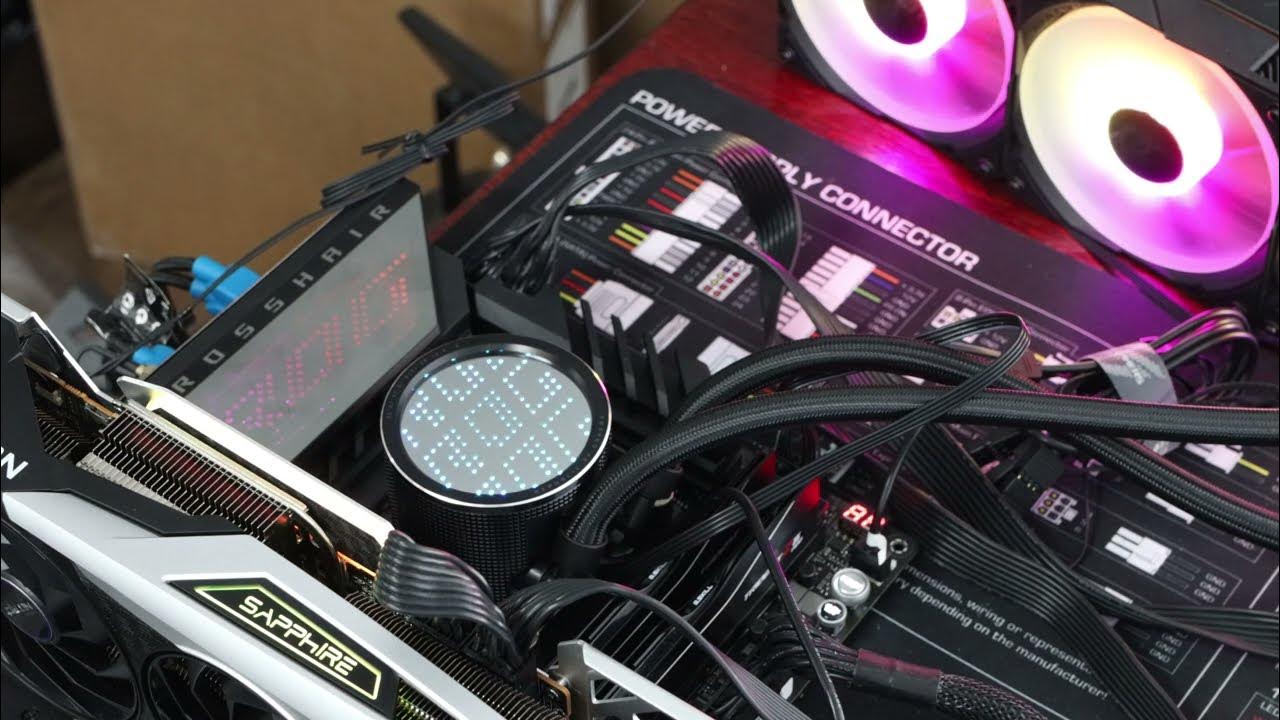 According to ASUS, this is the first AiO to use the new eighth-generation Asetek pump, which is supposed to enable even higher flow rates and lower noise levels. Furthermore, the square cooling plate has also been enlarged. Thanks to these changes, temperatures are said to drop by 2°C per 100 W of power consumption compared to the previous generation.

In addition to a high cooling performance, the company once again wants to convince customers with an eye-catching design including ARGB and offers an AniMe matrix display in the pump lid in addition to ARGB fans. This allows the display of own content and anmiations, but also of system statistics, such as CPU temperature, CPU frequency or fan speed and is already known from notebooks or peripherals like the ROG Zephyrus Duo 16 and G14.

The ASUS ROG Ryuo III is available in black and white and with radiators with a length of 240 and 360 mm. Whether cooling performance and volume of the AiO can convince thanks to the latest Asetek pump and also the new AniMe matrix display.

The ASUS ROG Ryuo III 360 ARGB’s pump, textile-covered hoses, radiator, and fan frames are completely and uniformly black. Visually, the round pump housing stands out the most, with a vacuum-coated lens on its top. While the top side is reflective when turned off, you can see the diverse effects and content of the AniMe matrix display underneath when in use.

This is also framed with a diamond-cut bezel that includes a subtle “Republic of Gamers” lettering and the coordinates of the ASUS headquarters in Taipei, Taiwan. The sides of the pump case are also lightly textured. The bottom of the pump housing is where the tubing connections are located, as well as the power connector and the USB port for the AniMe Matrix display. Even though the pump housing can be installed rotated, we recommend this orientation as the effects already applied by ASUS cannot be rotated.

The bottom panel of the ASUS ROG Ryuo III 360 ARGB is square and made of copper. It is larger than that of the previous generation, allowing more heat to be transferred from the processor to the cooling system. This should make the AiO more suitable for the current or generally processors with a high power consumption. The thermal paste is already applied and protected by a plastic lid. Also protected by plastic is the radiator, which at 30 mm is slightly thicker than most other models.

The three 120 mm fans are ROG AF 12S ARGB fans. These have black frames, rubberized corners and slightly transparent light gray fan blades. A lettering on the frame as well as a logo in the center also indicate that they belong to the ROG series. Material quality and workmanship of the ASUS ROG Ryuo III 360 ARGB are convincing all around, which is also to be expected in view of the high price. We did not notice any sharp edges or minor flaws, even upon closer inspection.

The ASUS ROG Ryuo III 360 ARGB comes in a black cardboard box with the full AiO including the AniMe matrix display and RGB lighting on the front. Several logos in the lower left corner also refer to the 6-year warranty, the Asetek pump, the support for Aura Sync as well as the combatibility with the current sockets. On the back, ASUS lists some highlights of the ROG Ryuo III and technical specs.

Inside the box, everything is well stowed and secured against shifting. Besides the watercooling itself, there are the three individually packed ROG AF 12S ARGB fans, the mounting material, two splitter cables for the fans and their ARGB lighting and a manual. Furthermore, a sheet with several ROG stickers is also included. The thermal paste is already applied to the base plate, additional thermal paste, for later CPU changes or rebuilds, is not included. 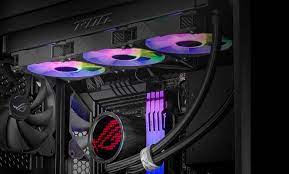 Included with the ASUS ROG Ryuo III 360 ARGB is mounting hardware for Intel sockets LGA 1700, 1200 and 115x, as well as AMD sockets AM5 and AM4. The enclosed instructions are easy to understand and the installation turns out to be very quick and uncomplicated.

Controlling the AniMe matrix display and ARGB lighting of the ROG AF 12S ARGB fans is done via the ASUS Armoury Crate app. The sub-item Aura Sync is used to access the ARGB effects of the components connected via the 3-pin ARGB header, in our case the AiO and case fans. Different effects can be selected for these, and the colors, speed and brightness can be adjusted. Multiple effects can also be combined into one scene via the Aura Creator.

ROG Ryuo III or the AniMe matrix display can be selected via the Devices submenu. If you select ROG Ryuo III, then you get to the effects already created by ASUS. These include various animations, but also hardware information, e.g. CPU frequency or temperature can be displayed on the screen. If this is not enough, you can let your creativity run free under AniMe Matrix Display.

The ASUS ROG Ryuo III 360 ARGB proves to be a very successful overall product because, the AiO offers a very high cooling performance, even at low noise levels. This is due to the large radiator and the three fans as well as the Asetek pump, which is also convincing in the eighth generation.

Furthermore, the AiO is especially visually a highlight and offers a consistent black design, ARGB lighting and an AniMe matrix display, which allows many animations, the display of hardware information but also own customization options. In addition, there is a very good material and build quality as well as a warranty period of 6 years, which is to be expected for the price. 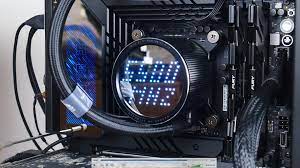