The Apple Watch Series 4 is the fastest, most connected and overall best smart watch in the world.

It adds to it’s feel, a selling point of both high and low heart-rate detection, fall detection with SOS trigger and an FDA-cleared ECG application for more detailed information about the heart readings of the user.

Apple didn’t disappoint as it fulfilled it’s promise of the release of these beautiful smart watch on september 12, and as the Watch Series 4 has been redesigned to include a wide range of health and fitness features that its predecessors lacked.

But to be honest with you i really think that it’s the best overall smart watch you can currently buy. 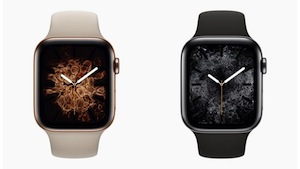 After seeing my friend’s jay jay & Andy wearing one for months, i decided to go and purchase mine.

It worked really well. And yes, it is still my favorite smart watch to use, because it’s smooth-running interface and tight apple iPhone to watch integration is better than what other smart watches offer.

The Apple Watch 4 comes in two sizes — 40mm and 44mm. And it has got a bigger screen for users who have always wanted their screen to be of a larger size than the norm.

Among all, the design modification is the digital crown which now allows for more accurate scrolling on the Watch 4. Apple calls it “Haptic feedback”. So on the Apple Watch 4, the position of the speaker and microphone have also been modified; the speaker is now 50% louder than it’s predecessor.

The speaker is on the right-hand side of the watch while the microphone occupies the left side. They previously occupied the same on the Watch Series 3 and it caused interference during calls.

For those looking for a fitness tracker, however, the S4 hasn’t changed much over the S3 at all.

Design modification is the digital crown which now allows for more accurate scrolling on the Watch 4. Apple calls it “Haptic feedback”. On the Watch 4, the position of the speaker and microphone have also been modified; the speaker is now 50% louder.

The speaker is on the right-hand side of the watch while the microphone occupies the left side. They previously occupied the same on the Watch Series 3 and it caused interference during calls.

To talk about, the rear of the Apple Watch 4 is made out of black ceramic and sapphire to improve cellular signal and call quality. The rest of the Watch 4 face is made from (either) stainless steel or aluminum materials.

The most interesting new feature on the Series 4 watch, by far, is an FDA-cleared ECG application that can do more medically accurate on-the-spot heart rate checks.

The Apple Watch is now an over-the-counter health device. But what that means for you may not be as sweeping as you’d think, even if it could help more people be aware of medical conditions they didn’t know they have presently.

The digital crown and the sensors on the ceramic & sapphire rear allows users successfully run ECG. With the Apple Watch 4 on your wrist, all you need to do is to place a finger on the digital crown.

Having been Approved and cleared by the Food and Drug Administration, the Apple Watch 4 is the first ECG device that will be sold directly to customers over the counter.

It is worth nothing that the ECG function requires a separate application which won’t be available until later. Apple hasn’t fixed any date yet but promises the application will roll out to the Watch 4 later during the year.

Another interesting health feature of the Watch Series 4 is the ‘Fall detection’ function. Basically, the Series 4 comes with the capability to detect when you fall and are unconscious.

The watch is smart enough to tell an unconscious person from a sleeping one through the movement of the arms.

In the case where the watch detects unconsciousness, the Series 4’s next line of action is to automatically go into SOS mode and contact emergency services while also sending your coordinates/location to your emergency contacts. “this is some next level buzz right there”.

The major highlight addition to the Apple Watch Series 4 are health-related. The biggest health function of the Watch 4 is unarguably the new ECG function. Nobody can beat that !!! at least not yet. 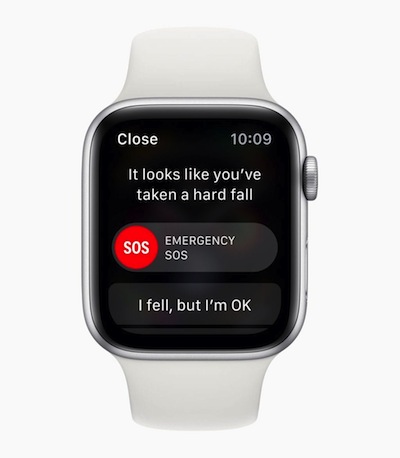 The Apple Series 4’s heart monitoring functionality has also been improved to become more sophisticated. Unlike other series there is, this means that the Apple Watch 4 will now be able to detect low heart rates and irregular/abnormal heart rhythms.

The Apple Watch 4 is powered by and S4 processor chipset and laced with the new watch Operating System 5 preinstalled. Battery size on the Watch 4 is able to last and supply a usage up to 18 hours to 19 hours.

UPGRADES TO THE APPLE WATCH 4

SOME DOWNSIDES OF THE APPLE WATCH 4

AVAILABILITY & WHERE TO BUY THE APPLE WATCH 4

The Apple watch 4 sells at a price range of (NGN) 179,640 naira and it is available for pre-order on amazon e-commerce store or any offline retail apple store close to you.

SPEED is the only thing to hold accountable for while using the Apple Watch 4. You see during the release of the first Apple Watch in 2015 it was so slow.

To the extent that Loading applications was its limiting factor. And the lightning-quick, smooth feel of the Apple Watch Series 4 almost feels like a given, since it’s how Apple products tend to feel out of the box.

It’s as fast, now, as an iPhone or iPad. It feels automatic. Although Last year’s Series 3 was also fast, and it’s still fine. The Series 4 does it one way too much too better, so that loading times no longer seem to exist much at all.

Speed is probably the more key feature on the watch than on a phone, so brace up, because if you’re counting on quick glances and instant information, I can’t think of a better wearable device of quality to have. Thank you.