While this may have helped Apple take its “pro-privacy” stand further—long before ATT, Apple had the LAT (Limit Ad Tracking) feature in 2016—social media platforms such as Facebook, Twitter, TikTok, and others are losing revenue. Strong privacy wall that reduces their ability to collect data on users for personalized advertising. 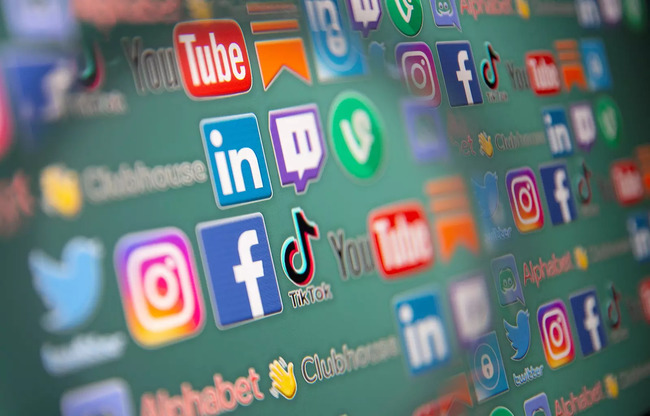 Targeted ads are a huge source of revenue for social media platforms. This feature, first introduced in iOS 14.5, directly influenced this business model. ATT makes it difficult for them to target users with personalized ads. Facebook’s parent company Meta said earlier this year that Apple’s new privacy feature would reduce the social media company’s sales by about $10 billion in 2022. Companies including Snapchat and Twitter, which also rely on ads, acknowledged that the change would impact their business.

According to Flurry Analytics, only 4 percent of iPhone users in the US and 12 percent worldwide agreed to app-tracking in the past year. Since advertisers found it harder to target users, they began to cut their spending, which meant a loss of business for the big tech companies.

According to the Financial Times report, Snap, Facebook, Twitter and YouTube lost an estimated $9.85 billion in revenue since Apple’s change. Snap performed the worst as a percentage of its business because of its focus on smartphones, while Facebook lost the most in absolute terms because of its size.

The decline in revenue has hit the Metaverse hard. On Wednesday, Meta laid off about 11,000 employees, about 13% of its employees globally. It also extended the moratorium on new recruitment. The layoffs follow disappointing financial results last month. Amid a slowdown in online ad spend and increased competition from TikTok, Meta reported revenue of $27.71 billion in Q3, down 4 percent year-on-year. The Facebook parent also issued a weak forecast for the fourth quarter. Revenue at the Reality Labs unit fell nearly half from a year ago to $285 million.

Meta CFO Dave Wehner said after the company’s fourth-quarter earnings report, “We believe the impact of iOS overall is a headwind on our business in 2022. It’s on the order of $10 billion, so it’s on our side.” There’s a very significant headwind to the business.” ,

Since Facebook was no longer economical and returns were not as good as before, advertisers shifted their focus to TikTok, which is a cheaper alternative. However, Twitter said last year that it was less affected by Apple’s privacy changes to advertising because its ads rely more on context and branding than on tracking consumers’ mobile habits. Twitter’s quarterly revenue grew 37 percent and its ad revenue stood at $1.14 billion during the quarter ended Sept. 30. Ironically, Elon Musk fired after the $44 billion Twitter acquisition, citing huge losses to nearly half of the company’s employees, justifying his move.

Snap announced layoffs this year, cutting 20 percent of its workforce after an internal announcement it would miss its revenue targets for Q2 2022. In July of this year, it reported its weakest quarterly sales growth, with sales up 13 percent — year-on-year to $1.1 billion.

Snap Chief Financial Officer Derek Anderson said, “The slowdown began with a change in platform policy implemented in the third quarter of last year. The changes are affecting the traditional model that is used to provide direct feedback to the advertising business. , as well as the tools used to measure the return from that direct response ad.”

What is Apple’s app tracking transparency and how is it reaping dividends?

First introduced in iOS 14.5 last year, the privacy feature gives iPhone users more control over whether they want to be tracked by advertisers online across all apps. Signals by ATT ask users if they want to be tracked when they open the app. If the permission is denied, the app developer cannot access Apple’s Identifier For Advertisers (IDFA), a device ID used to target and measure the effectiveness of online ads. IDFA has traditionally been used to track consumer behavior for personalized ads. According to a study by ad measurement firm AppsFlyer, 62% of iPhone users were opting out of sharing their IDFAs.

Apple announced changes to its IDFA in June 2020. In December. Facebook launched a marketing campaign against it, saying it was “about profit, not privacy”. Apple CEO Tim Cook responded, “We believe that users should have choices about the data being collected about them and how it is used. While users may continue to be tracked, App Tracking Transparency in iOS 14 will simply require that they ask your permission first.

ATT marks Apple’s aggressive stance on in-app privacy protections. Such an approach is expected to bring dividends for its owner, amid growing concerns over online privacy. In the third quarter of 2022, the global smartphone market reported a third consecutive decline this year, falling 9 percent year-on-year, marking the worst third quarter since 2014, according to a Canalys report. This was due to lower consumer spending and economic uncertainty. However, with 18 percent market share amid strong iPhone demand, Apple was the only major company to increase sales.

A Financial Times report last year said that 90 percent of Facebook’s revenue comes from targeted ads. However, it noted, 80 percent of iPhone users opted not to be tracked by Facebook, Snap, and other apps. Despite the noise it has made in the past, Facebook cannot adapt to the changing online privacy ecosystem. It’s building its systems inside the apps it makes, such as the ability to purchase products directly from Facebook, thereby reducing the need for third-party tracking.

Zuckerberg said, “As Apple changes make e-commerce and customer acquisition on the web less effective, solutions that allow large businesses to set up shop inside our apps will become increasingly attractive and important to them. ”

Apple’s privacy protector ATT appeals to a world that is uncomfortable with intrusions into its personal space. As countries become more serious about their citizens’ internet privacy, Facebook and others will have to do their bit as quickly as possible.