Android 12 is a big update, complete with a whole new look and focus on privacy. Google went all out to make the new version appeal to more people, especially with the Material You theming system. While the rounded aesthetic is a bit extreme in some places, I think Android is in a good spot visually. 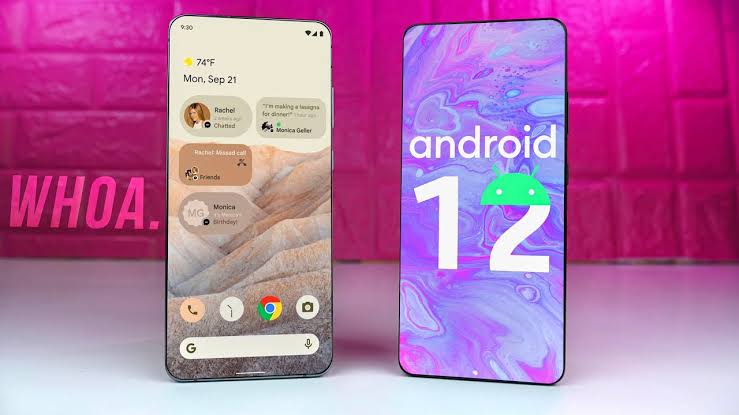 Easily the biggest change to Android 12 comes in the form of a design refresh. Buttons are bigger and bolder, everything has large and rounded corners, and Google isn’t as concerned about taking up more space on the display. Android 12, it seems, is more about using space smartly than trying to pack more stuff into it.

Android 12 offers more personal, safe and effortless experiences on your device, Featuring a totally reimagined UI just for you, Android 12 is our most personal OS ever, the widgets have been given a facelift, with your favorite people always available right there on your home screen, and with a more spacious redesign, color contrast optimizations and new features that help those with low vision.

Android 12 is the latest Android version, It is already the third most popular Android version on smartphones at 11.97%. It is the twelfth major release and the 19th version of Android, the mobile operating system developed by the Open Handset Alliance led by Google, The first beta was released on May 18, 2021, Android 12 was released publicly on October 4, 2021, through Android Open Source Project (AOSP) and was released to supported Google Pixel devices on October 19, 2021.

It offers a refresh to the operating system’s Material Design language branded as “Material You”, which features larger buttons, an increased amount of animation, and a new style for home screen widgets, The feature, internally codenamed “monet”, enables the operating system to automatically generate the color theme for system menus and supported apps using the colors of the user’s wallpaper, The smart home & Wallet areas added to the power menu on Android 11 have been relocated to the notification shade, while Google Assistant is activated by holding the power button.

Color reimagined: You can change your wallpaper on your Pixel and your entire Android 12 experience changes to match, Advanced color extraction algorithms allows you to personalize the look and feel of your entire phone, including notifications, settings, widgets, and select apps, An all-new conversation widget puts the conversations with the people you care about front-and-center on your home screen so you never miss a chat from your loved ones.

You can see missed calls, birthdays and more at a glance, Android 12 is designed to be more accessible with new visibility features, including:

Android 12 is designed for your safety, With new easy-to-use, powerful privacy features, you’ll have peace of mind knowing that you have control over who can see your data and when. The privacy dashboard offers a clear and comprehensive view of when apps access your location, camera or mic over the past 24 hours. 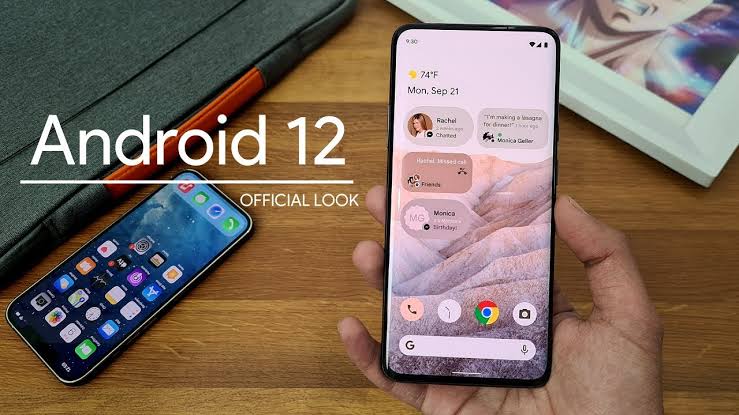 You can protect sensitive data in the Private Compute Core, Powerful Android features such as Live Caption and now playing are enabled by continuous streams of data like audio from your apps, sounds nearby, or the content on your screen, But this data can be highly sensitive and you might not want it to leave your phone. Private Compute Core is the first-of-its-kind secure mobile environment, It is isolated from the rest of the operating system and your apps.

Android 12 supports Kick-start your gameplay, You can spend less time waiting and more time playing, Android 12 allows you to play as you download, so you can jump straight into gameplay without needing to wait for the full download to finish, You can select your game mode for performance or battery life, whether you want a richer gaming experience or longer play session.

It’s never been easier to switch to Android and try out the best device for you, Starting on Android 12, you can transfer all your essentials by connecting your old phone to your new Android with a cable or shared WiFi connection, Your memories and data will transfer, stress-free—even if from iPhone.

Android 12 offers native support for taking scrolling screenshots, In addition to the user interface, widgets on Android 12 are also updated with the new Material You design language, Many performance improvements have been made to system services such as the WindowManager, PackageManager, system server, and interrupts, It adds accessibility improvements for those who are visually impaired, The Android Runtime is added to Project Mainline, permitting it to be serviced via Play Store.

Android 12 makes everything on your phone effortless and easy, You can get into gameplay without having to wait for a full download and even transfer your data onto a new Android phone without any hassle. Android 12 supports spatial audio, and MPEG-H 3D Audio, and will support transcoding of HEVC video for backwards compatibility with apps that do not support it. 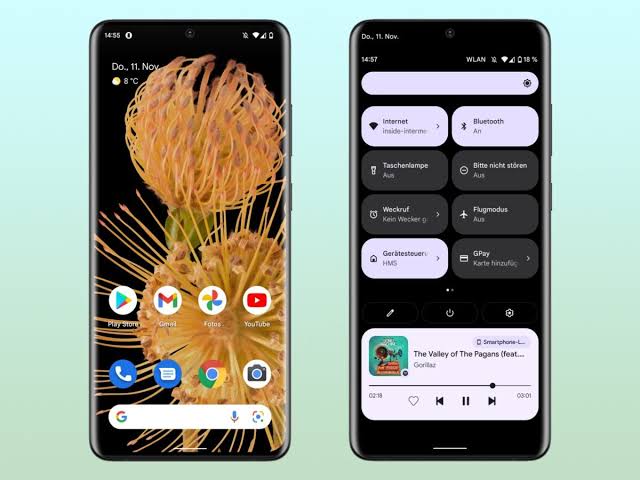 Android 12 offers improved scrolling screenshots, The improvised scrolling screenshots features ​​allow you to take better-sized screenshots without any hassle, plus you can edit and crop as you need, and you can set the UI background according to the shade of the wallpaper to make the UI more engaging, On the other hand, customizing the choice of different clock patterns is also presented in the update.

For the top three Android updates 9-11, the most significant UI change has occurred in Android 12, while one of the most noteworthy changes is Quick Tiles for convenience, you can customize the notification bar according to your need, while a new element that deletes all notifications in one swipe is also added, you can precisely improvise your phone’s privacy and security, you will now have options to mask your current location for specific apps.

The users will take some time to settle into the new interface, the Android 12 update will come later on older phones, Some phones may not be compatible with this new operating system, and there is a fragmented problem of uncertain application.

Let’s talk nerdy for a minute. One of the new privacy features built into Android 12 isn’t as user-facing as the elements discussed above and that’s the Private Compute Core. It’s a safe mobile space on your phone that’s isolated from the rest of the system and most installed apps.

Should I upgrade to Android 12?

IMHO android 12 is one of the best new upgrade for android ever. You can stay on 11 all you want but you’ll never know what 12 is like in day to day usage. There are some changes that some are reporting they really hate like the lock screen clock when there are no full notifications the clock gets really big and is stacked.

What changed with Android 12?

Android 12 changes the appearance and behavior of fully custom notifications. Previously, custom notifications were able to use the entire notification area and provide their own layouts and styles. This resulted in anti-patterns that could confuse users or cause layout compatibility issues on different devices.

Is Android 12 A big update?

Android 12 is undoubtedly the biggest refresh to Google’s operating system in years and – now that the official release has landed – more of you get to take a look at all the latest and best new features.