With a sharp display and hands-free Alexa integration, Amazon’s 10-inch Fire HD 10 tablet is the best value for your dollar under (NGN) 54,000 naira. Amazon introduced two new members of its tablet lineup – Fire HD 10 and Fire HD 10 Kids Edition. The two slates are identical in terms of specs with the Kids edition coming in a special protective case with a built-in stand as well as two-year damage protection.

As usual, both tablets come bundled with all of the e-commerce giant’s services ranging from Alexa to Prime Video and Music and the Kids Edition comes with a year’s worth of the FreeTime parental control and kids content app. 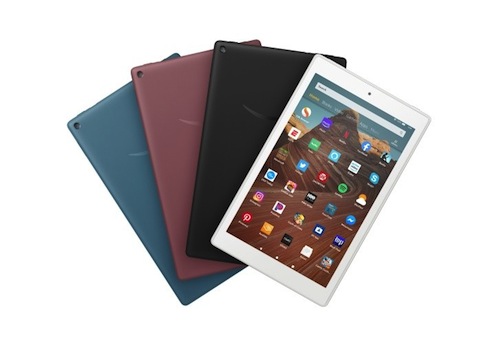 The Fire HD 10 fulfills Amazon’s simple plan for its tablets: Like other Fires, it’s an inexpensive (NGN 54,000 naira with lock screen ads) way to consume your Amazon content. At first glance, it doesn’t appear to be the barn-burning deal that the Fire HD 8 is, but it still offers plenty of bang for your buck.

You get a sharp 1080p display, solid overall performance, and an easy-to-use UI that includes parental controls and Alexa voice assistant integration. Even though it’s the same hardware released in 2017, the Fire HD 10 simply remains the best 10-inch tablet for the price. 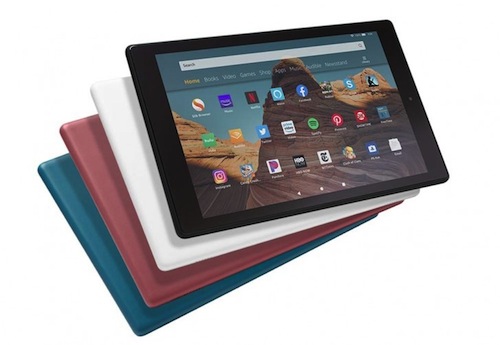 New Fire HD 10 looks just like its predecessor and comes with a 10.1-inch FHD display and plastic body. Under the hood, Amazon has added a new eight-core CPU clocked at 2.0 GHz which should result in 30% faster performance as per Amazon. There’s 2GB RAM and storage is either 32GB and 64GB but you can add up to 512GB with a microSD card. 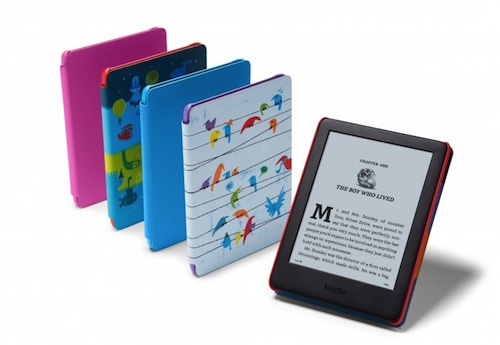 Amazon also introduced a new Kindle Kids edition e-reader. It’s identical to the baseline tenth generation Kindle featuring a 6-inch e-paper display with backlight and 8GB storage.
Just Like the HD 10 Kids Edition, this Kindle comes with a special protective case with several colorful designs and a two-year worry-free guarantee. Amazon is also bundling a year’s worth of kids content through the FreeTime app.

The HD 10’s more powerful processor and 2GB of RAM make for a more responsive UI, smoother overall performance, and better multitasking than the HD 8. Web browsing using the default Silk browser is fast, and the slate had no trouble streaming 1080p video and opening multiple tabs.

Battery life is solid. When streaming full-screen video over Wi-Fi at maximum brightness, the tablet clocked 6 hours, 14 minutes. That’s a couple of hours short of the Tab 4 10 (8 hours, 11 minutes), but over an hour longer than the HD 8 (4 hours, 42 minutes).

The tablet’s cameras are almost an afterthought: VGA on the front and 2MP on the back, they’re primarily for video chatting. They’re fine for that, but render muddy, blurry images in any mildly challenging circumstances.

Is the Fire HD 10 Tablet any Good?

Amazon’s Fire HD 10 remains the most reliable 10-inch tablet you can buy for NGN 54,000 naira, with solid performance, good battery life, and a sharp display. … The new Fire HD 10 ($150.00) which is (NGN) 54,000 naira in Nigerian currency is no exception, with a more powerful processor, more RAM, and Fire OS 7, for smoother performance than you’ll find on older Fire models.

What can you Do with Amazon Fire 10 Tablet?

Just like most Amazon products, the Fire HD 10 wants you to use Amazon’s apps for everything, such as Kindle, Amazon Music, Audible, Prime Photos, and so on. All of these apps come preinstalled on the tablet and are great if you’re already fully invested in them.

Parental controls allow you to set up multiple accounts for kids, each with separate passwords, with a curated set of apps, restrictions on in-app purchases, time limits, and web browsing limitations. There’s also a child-friendly background and a simplified interface. Access to Alexa is blocked when parental controls are enabled, preventing any attempt to circumvent the restrictions.

Plus Amazon’s Operating System looks nothing like Android; rather, it’s a carousel of your downloadable Amazon content and apps. The tablet includes a new screen on the carousel, For You, that shows what you were most recently reading or watching and encourages you to get back to it. Under that, of course, there are plenty of promotions for other things to buy from Amazon that you might like.