The Altair Aerial AA108 is a drone aimed at the beginners market for those on a budget, but it doesn’t necessarily have basic features. There’s plenty packed into this drone to make it the ideal starter package, with decent build quality, a built-in camera and plenty of flight features. I do think purchasing drones for whatever purpose you choose is a very good decision. Besides who wants to be taking selfies for influencers when you can just have a drone follow you about and capture real time moments without you being aware that its up there. I mean that’s just classic. No faking just real time buzz.
The other standout feature is that the drone is made by Altair, based in Nebraska. This is counter to most of the Chinese made drones on the market. Not that Chinese made products are a bad thing, but having a domestically made product of good quality, always stands out. 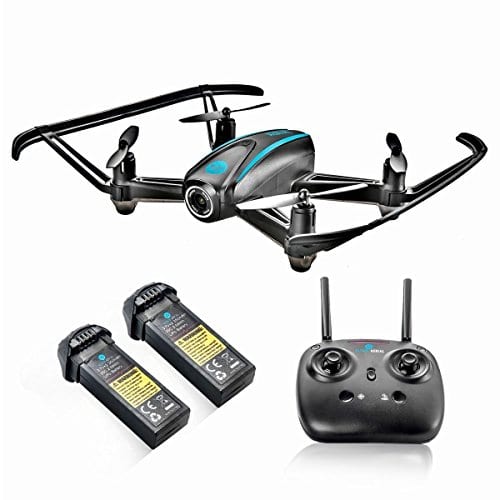 The drone is a small one, hence you could call it a mini drone and can qualify has a cool toy for taking nice selfies. Like most drone, the Altair Aerial AA108 has 4 propellers with the landing gear extended upward to protect the propeller. From initial observation, the Altair Aerial AA108 is a well-made product constructed from tough, ABS plastic.

Although the dimensions are small at 183mm x 198mm x 43mm and it weighs only 85g, the body feels sturdy enough to take a few knocks and bruises during initial flight. A 720P HD camera with a 120 Degree view sits at the front of the drone, with propeller guards on both sides. The full package contains everything you need to get started.

A controller, propellers plus extras, two 3.7v LiPo batteries, a few tools, memory card reader, direction book, and a USB connector. The drone has a flight time of eight to ten minutes for each battery charge (two batteries are included) and a range of up to 100m.The remote control is simple to use and has everything built-in needed to fly. There’s also a latch on top of the controller for holding a smartphone for first-person view.

Now moving to how you get to operate the drone, you have a remote controller packed into the box with the drone. Also, when you install the FlyingSee app, you’ll get virtual controls on screen alongside the first person view (FPV). One feature included is that, there is a paper overlay over the controls on the remote signifying what each of the buttons and analog sticks are meant for.

Also, you have a range of 100m unobstructed and you get a beep on your controller when it is going out of range or low on battery. Other basic flight features include a Headless Hold mode which allows you to fly the drone from your own orientation. This is basically an easier way to fly for the beginner, rather than predicting the drone’s own position. There’s also custom route mapping which allows you to draw a route for the drone to follow. This is also a great included feature to initially show how the drone reacts and flies depending on the weather conditions. 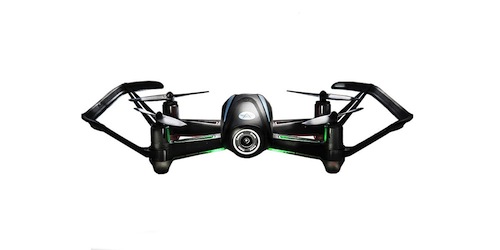 The Altair Aerial AA108 drone has a 120 degree wide angle HD camera. Not only that, you also get a life feed from the camera in HD quality but that about all the drone can offer. Without Optical image stabilization, the drone does well with consistent flight and nice hovering stability. 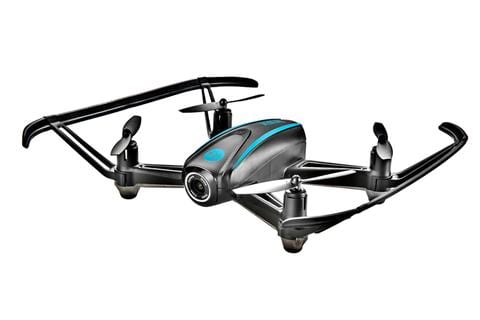 As with many budget drones these days, there’s built-in facilities for not just a beginner, but more advanced flyers. There are three basic flying modes for beginners to advanced users, which change settings for the speed and agility of the drone. Basically, starting off flying slowly and then with more skill and confidence, you can get into the more advanced flight features.

Still, this piece goes on sale in Nigeria for (NGN) 40,000naira – (NGN) 47,000 naira. Depending on your location. And it can be purchased from amazon or any popular e-commerce store close to your region.

The Altair Aerial AA108 is a beginner friendly drone with plenty of built-in flight features. The front facing camera is adequate for candid footage and the whole package will let you progress from initial flight to more advanced skills. Overall, you cannot fault the Altair Aerial AA108 for its basic features, beginner-friendly approach, and reasonable camera. The FPV feed is a fun way to view your drone’s environment and the built-in flight features make initial flight very easy. Also, features like the low battery and out of range warnings are great additions along with the custom route mapping.