Acer Swift 5 popularly known as ” the good stuff ” is one of the lightest 14-inch laptops you can buy. It is quite large, as it weighs over two pounds. There are only a few lighter laptops like this that you can find in the market. Everything about this laptop is fine, the swift 5 performance is fine, the battery is fine too, and you won’t even feel it while you carry it about. It is a full total package. The selling point here is portability, very light (i mean weightless totally), it has got a 1080p matte touch screen display, the webcam is functional, and the laptop keeps cool under heavy load without disruptive fans. 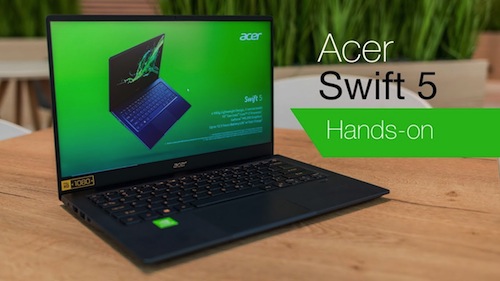 The first thing you’ll notice about the refreshed Swift 5 is how thin and light it is, especially for a 14-inch device. It weighs just 2.18 pounds (0.99kg), making it 0.01 pounds (5g) lighter than even the LG gram 14Z990. If you’re looking to buy the most portable 14-inch laptop right now, this is it. It’s even more impressive considering the Swift 5 includes a touch display. There are a few new goodies that make the 14-inch model look a little bit better. Just like the Swift 5’s hinges that have been tweaked to better flow with the rest of the laptop. You can no longer tilt the display back to sit flat with the rest of the chassis, but there’s no longer the wide, visible chunk running across the middle of the device. The dual hinges, made to look like a single hinge thanks to a rounded cover, sit behind the display and act as a bit of a stand to deliver a better typing angle when on a flat surface. The new design looks better and serves a secondary purpose.

Although the Acer Swift 5 is called the good stuff it has got a few bad stuffs too that you’ll need to know like the trackpad which is clunky to click, there is no bass in the speakers, it’s got a cramped keyboard layout, and the battery life can’t make it through a full work day. Acer made good use of space below the keyboard to include a rather size able Precision touchpad. It lends itself to easy productivity, with sturdy presses and no dead spots. You can physically left- or right-click at the very top of the touchpad and still have them register, which isn’t as common as you might think. Down-firing stereo speakers are positioned on the left and right sides of the laptop. Like many laptops this size, audio isn’t exactly impressive. If you’re in a busy spot, they likely won’t get loud enough to hear clearly, but at least sound remains clear and free of distortion. 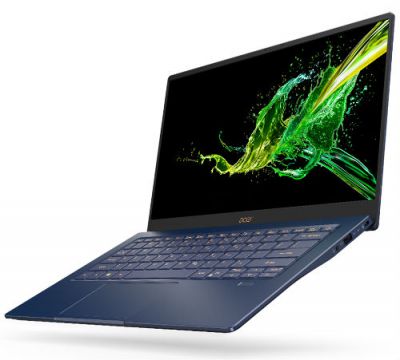 This is a 10th-gen Intel Core i7-1065G7 1.3GHz quad-core processor, 8GB RAM, a 512GB SSD, Intel Iris Plus Graphics, and a smattering of ports that include one USB-C Thunderbolt 3, one USB-A 3.1 Gen 1, one USB-A 2.0, one HDMI, and one audio jack. It has got a skinny chassis is constructed from a super-light metal alloy, with the whole package weighing just under a kilo. Also it’s a 1920 x 1080 IPS panel in a 16:9 aspect ratio with a maximum brightness of 300 nits. The 3.97mm bezels are noticeable as the Acer brand is claiming an 86.4 percent screen-to-body ratio. The camera’s pictures are a bit grainy, but well lit. It technically supports HDR. The new Swift is still a respectably tough little laptop, rather than some fragile, precious machine to be handled with care. No part of that metal chassis feels weak, even when poked, twisted or squeezed particularly hard. Color reproduction is also a winner, with 100% of the sRGB gamut faithfully represented, alongside 78% of the Adobe RGB gamut. Vivid images have a bit of a kick, but on the whole you can expect natural looking visuals. Good news for photo editors.

Pulse-width modulation (PWM) is an easy way to control monitor brightness. When you lower the brightness, the light intensity of the backlight is not lowered, but instead turned off and on by the electronics with a frequency indistinguishable to the human eye. In these light impulses, the light/no-light time ratio varies, while brightness remains unchanged, which is harmful to your eyes.

When it comes to battery life, Acer swift 5 gives you a 12.5hours from the laptop. In a usual HD video loop test at 120cd/m2 brightness the swift 5 lasted a total of 11hours and 24minutes. To add finally the Acer swift 5 has got fast charging which means you’ll get 4.5hours usage from just 30minutes charge. 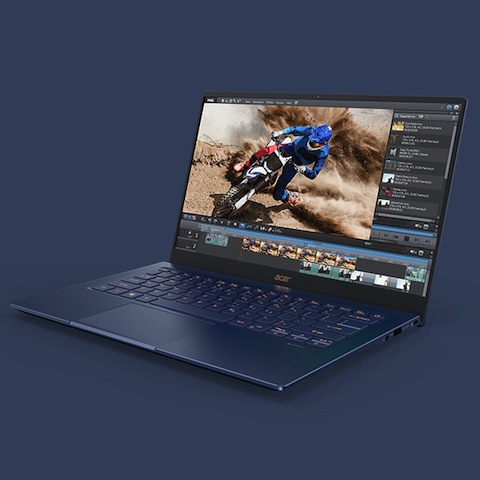 The Acer swift 5 is available and it goes on sale in Nigeria for the price of (NGN) 266,500naira. Though price may vary at different computer retail outlets close to you. However, it can also be purchased at popular e-commerce platforms close to your region both in Nigeria and Africa at large.