5G The Future Of Mobile Network in Nigeria

5G mid-band is the most widely deployed, in over 20 networks. Speeds in a 100 MHz band are usually 100-400 megabits. In the lab and occasionally in the field, speeds can go over a gigabit. Frequencies deployed are from 2.4 GHz to 4.2 GHz. Sprint and China Mobile are using 2.5 GHz spectrum.

Others are mostly between 3.3 and 4.2 GHz. Reach is better. Many areas can be covered simply by upgrading existing towers, which lowers the cost.

A lot of people are talking about the next level for connectivity and how 5G is going to be the tropical “boom” for technology.

HOW FAST IS THE 5G NETWORK

5G is definitely going to be way better than any of its previous mobile network technologies, and this is not only because of the natural progression of numbers that started at 1G for analogue and 2G for digital trend.

It is also expected to offer speed 10 times and up to 70% greater than 4G mobile networks. Which places them at the same level with fiber optic connections.

The new 5G wireless devices also have 4G LTE capability, as the new networks use 4G for initially establishing the connection with the cell, as well as in locations where 5G access is not available. 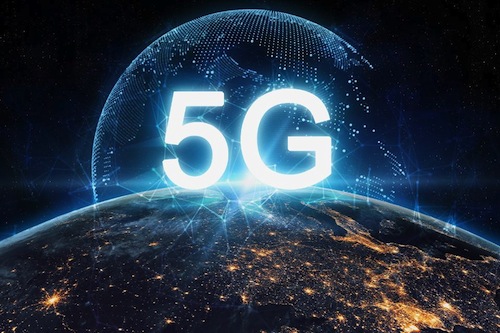 If i am to describe the performance of the 5G LTE i would say in one word “extraordinary” with a key attribute called low latency, who would have thought that the lag time of 20 ms to 50 ms that the fast networks that we have got presently are obviously the best there is.

The 5G lag time is mind blowing compared to the rest. This low latency leads to lighting quick response time that makes the 5G very very attractive to applications in emerging technology like the VR(virtual reality), robotics and artificial intelligence.

5G does not just beat 4G in the area of speed and latency, it also offer greater capacity. While 4G can support about 100,000 devices per square kilometer, 5G can support up to 1 million devices in the same area.

5G standard means the technology will be massive for connected IoT devices.

5G started by using SHF (super-high frequency or millimeter wave) spectrum for unleashing its enormous capacity even if for only the short range.

The brand-new air interface that has been developed to facilitate 5G network connection is known as the 5G NR (New Radio) and is now established as the global standard for 3GPP (3rd generation partnership project) networks.

The 5G is slated to use enhanced and scalable OFDM (orthogonal frequency division multiplexing) which allows encoding of digital information on multiple carrier frequencies.

Smart cities will monitor air and water quality through millions of sensors, giving them insights needed to provide a better quality of life. While remote surgeries have been performed over 5G, most remote surgery will be performed in facilities with a fiber connection, usually faster and more reliable than any wireless connection.

The 1914.1 standards focus on network architecture and dividing the connection between the RRU and BBU into two key sections. Radio Unit (RU) to the Distributor Unit (DU) being the NGFI-I (Next Generation Front haul Interface) and the DU to the Central Unit (CU) being the NGFI-II interface allowing a more diverse and cost-effective network.

4G only focuses on bettering 3G in terms of speed, while 5G presents a unified platform with higher capability. So, looking there apart from improved speed, which is a given with a next-level generation, 5G also ensures extensive support for IoT (internet of things) application. More deployment modes and newer interconnects make 5G score higher than 4G in all departments.

higher capacity and lower latency are at the core of 5G efficiency. 5G supports all types of spectrum, whether licensed, shared or unshared.

5G has ceased to be a concept and has come to live usage in several countries already. Since 2018 the rollout of 5G had been planned and within a year the rollout has been more extensive.

Countries like South Korea, Australia, Ireland, the United Kingdom and the United States have multiple carriers supporting 5G services, fully in some cities, and partially in most parts.

In Nigeria, MTN has started 5G trials on November15, 2019 using a 26GHz trial spectrum allocated by the communications regulator in Nigeria (NCC), with this move, this is making the country the first in West Africa to go 5G.

The demo is expected to last for 3 months starting in three cities, but extending further to four additional cities which is good considering the improvement across Africa.

The three launch cities include Lagos, Calabar, and Abuja. MTN will be using a 100MHz bandwidth in Calabar and a 20MHz bandwidth in Abuja for the tests with equipment deployed by Huawei and ZTE respectively.

Testing in Lagos state Nigeria will also use 20MHz bandwidth with network powered by Ericsson.

NCC plans to license spectrum on 26GHz, 38GHz, and 42GHz (millimeter wave or FR2) for 5G deployment in Nigeria, though I believe they need to add some sub-6 bands to the mix. Currently the regulator is offering trial spectrum in the FR2 bands for 5G trial.

At the moment, it is not clear what happens after the three months demo period or when NCC will begin licensing 5G spectrum in Nigeria. We are even more curious about when commercial 5G is coming to Nigeria at least we can say for a fact that it wont be a waste of time and the people will love and appreciate it.

One thing to note however here is that with massive public distribution of 5G services across the globe it is still in its initial phase, cheap 5G phones are still not out in the market for everyone’s use and to be frank that just strange because it usually happens..

Moreover, the 5G-ready devices that are in use today can only use the resources that 5G telecommunication standards have been able to unlock for now.

So, once the 5G mobile connectivity becomes more usable and open for mass use with more affordable devices, the technologies used for 5G now will evolve exponentially.

These are the smartphones that are and will be compatible with 5G Networks listed below :

I think when the 5G surfaces a lot of investors will key in and invest into this network, as it will be a total shot down among all networks LTE like the  2G, 4G.

As it stands at the moment thanks to the forthcoming 5G standard, digital networks are about to get even faster. 5G is the fifth generation (thus, the “G”) of mobile wireless systems, a way for devices, both mobile and stationary, to send and receive data without being plugged into a wall in your home or at the office.

It is indeed the future of mobile networks in Africa/Nigeria.