An automobile (or car) is a wheeled vehicle used for transportation from one place to another, There are way much more than just an Engine, Interior, Tires and Transmission. Most critics would say they run primarily on roads, we on the other hand know that they are  filled with the latest technology and Extraordinary innovations that make cars Safer, More Efficient and Smarter. 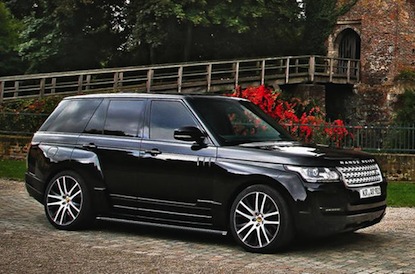 Cars came into use during the 20th century and over time we evolved and our society even the most developed one’s now depend on them. Admiring innovations can be thrilling and we appreciate and encourage all manufacturer’s for their time, dedication and Effort in Creating these Innovations. NIGERIANTECH.COM.NG  Has Put Together a full list of the latest car innovation from this year that will guide and propel you in finding your next new car. 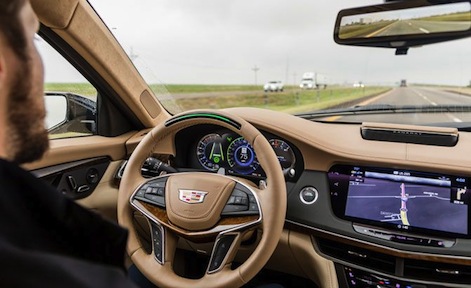 Pushing Tech Boundaries, The Cadillac Super Cruise is ranking as the most Advanced Level 2 Semi Autonomous Driving Aid on Earth.
Making use of the Front Camera facing the Driver and a Digitally Mapped Highway Information, the Driving assistant (or Aid)  Enables the Driver to remove their hands completely while in motion. All other systems of innovation including the new Tesla’s Autopilot requires the Drivers hands on the wheel while on Motion. In addition to the amazing features included In this Car, The Super Cruise  can bring the car to a full stop, and at the Request of the Driver it will perform Lane changes. This is because Taking your hands off the Wheel doesn’t mean you don’t have to Pay Attention and Keep your eyes on the Road. The front camera Endeavors to make sure you are watching ahead and ready to take over if Necessary, and it has a Tendency to Disable if it notices you are not paying attention with your eyes on the Road. A $5,000 premium Top-Tier CT6 is Definitely Worth it, if you do a lot of Highway Traveling this technology will make you Marvel. At the moment this Tech is only available in the CT6 currently but by 2020 the GM Models will be on display you can bet on that. 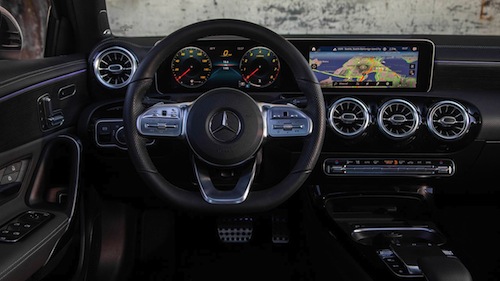 A World Class Brand Including The New A-class Sedan, the MBUX System is a Forward pushing limit of Momentum as MERCEDES-BENZ INFOTAINMENT Received their largest upgrade this Year.

Turning up hot with two giant screens makes up the infotainment screen with a cluster with it being a Touchscreen, For a driver who is not conversant or does not like using the Touch Based controller, he or she can just touch the screen. this alone makes it more attractive and intuitive.

Mercedes benz gives us only the best in quality, with voice commands that responds like we have got with Apple’s Siri and Amazon’s Alexa. just with a voice out of “HEY Mercedes” by the Driver (or user) along with an initiated command and it’ll respond. Initiated commands like asking for the weather forecast will be responded to with Ease. When quality meets Preparation the Mercedes Brand is Called Upon.
Just like our Handheld Devices the MBUX learns overtime, Becoming more useful and impressive the more you use it. 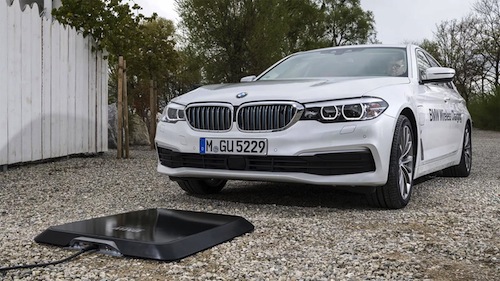 Wireless Charging has Come to Stay I Mean Everything is wireless these days, For Example Our Smartphones have it, Our Smart watches has got it, and even our Electric Toothbrush has also got it. The BMW is about to change the way in which its uses the wireless Charging Pads for Electric Cars. So instead of Driving into your Garage, getting out of your car and Plugging in the Cord, You can just drive over the top of the Charging Pad and go about every other thing you have got going on during the course of your Day. 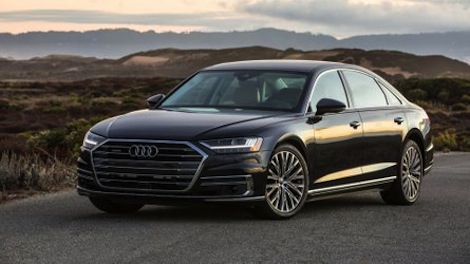 Most Luxury Cars in the Industry That are Tailored for more Comfortable Driving dynamics have an Active Suspension And the AUDI A8 is no Exception, In this article we will talk about the technology behind this fascinating Model of the Audi brand and its Super style feature which makes it Stand out as the A8’s Active Suspension  aids in the Improvement of Safety During a Crash.
The Active Suspension is a type of Automotive suspension that Controls the vertical movement of the wheels relative to the car body with an Onboard system, rather than a passive suspension where the movement is being determined entirely by the road surface. For this reason the AUDI A8 senses or believes it is going to be involved in a crash or it is going to be hit from the side, The suspension quickly raises the side of the car that’s about to be hit isn’t this mind bowing just like in the movies yeah! hell yeah this is most definitely a must own for a Luxury vehicle. The system acts in a spilt half second and raises the side by 80 millimeters if it senses or detects a collision faster than 25 km/h.
As ways to ensure customer satisfaction and prevention of injuries and loss of life this feature reason for being made is because in a scenario where by the vehicle about to crash into the Audi A8 will hit a stiffer Components of the car Designed to handle a crash. 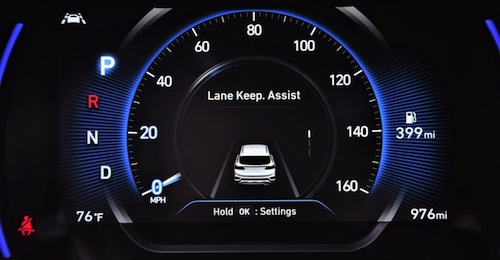 HYUNDAI SANTA FE is a sport utility vehicle (SUV) produced by the south korean manufacturer hyundai since 2000. The Santa Fe is a Milestone in the company’s restructuring Program of the late 1990s because the SUV was a hit with American buyers and is about to be a hit with the African buyers. It displays a great safety feature that creates its selling point among it’s competitors and this incorporates the technology built already in the Car.
A Safety feature where by the Car will prevent the user from unlocking the child lock and the child trying to get the door opened if there is a Car or bicycle approaching from either the Drivers side or the passenger’s side of the vehicle, A warning in the cluster will be Displayed and a sound alert will be heard from the Car.
This system utilizes the blind spot monitoring system and it also works perfectly even when the car is turned off and is on park mode. 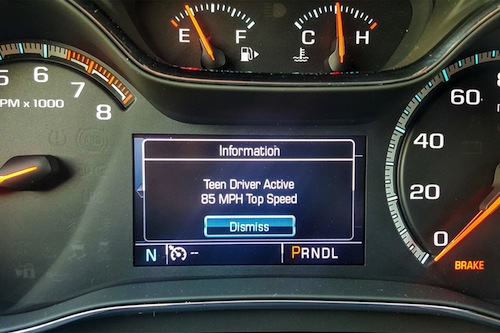 Maybe you have never heard of some cars with teenage driver controls, chevrolet’s teen driver feature notifies you if the car is driven beyond certain speed limit and it automatically disables the stereo if seat belts are not in use. they are other safety technologies which includes a Side Blind Zone Alert, Forward Collision Alert, and Forward automatic breaking. Parents can track their teen’s driving performance via the industry’s first in-vehicle report card. The Goal is to correct possible mistakes teenagers make behind the wheel. 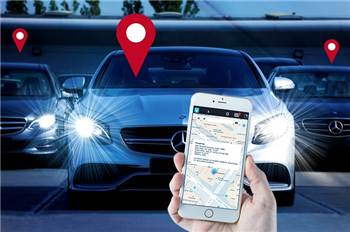 Theft Alarm Notification can inform users if their car alarm goes off. Once a user reports his/her Car stolen, Advisers can use GPS Technology to locate the user’s vehicle, alert the authorities and in some cases, Remotely slow the users vehicle so crooks wont get far away. In the 21st century now the numbers are catching up to thieves/crooks the Technology such as the BMW’s connected Drive or GM’s OnStar protects Drivers in two ways. They enable effortless diagnostics, concierge and post-crash notification for summoning Rescue services. And can also be used by the police to have access to the exact location of a vehicle that has been taken/stolen or no longer in the owner’s possession. This is one Tech innovation to keep an eye on. 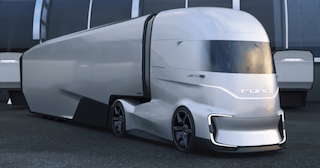 One way or Another ZERO EMISSION is going to be part of trucking’s Future, as regulatory and social pressure mount around the world to eliminate mobile sources of green house gases and air borne hazards. Zero emission is a very easy concept to understand. It explains a vehicle with a system that emits nothing from a tailpipe. No particular matter, No nitrogen oxide, No carbon dioxide, Nothing adding to air pollution or global or global warming gases. Ford brand releases its zero emission vehicle for the future, while Toyota and ken worth are collaborating to develop 10 zero-emission ken worth’s T680s powered by toyota hydrogen fuel cell electric power strain.

The world is witnessing the power of mobile devices as they are nudging us towards a connected world with the assistance of the connected mobile apps, You can remotely lock and unlock the doors from inside your home, and you can also start your car with your smartphone without the risk of life anytime and anywhere. they offer more than convenience, they provide real-time information and safety it’s even more updated now as you can also check fuel and tire pressure. one of the mobile app is the GAS BUDDY  which assists your money work for you even as your car sits in traffic. It relies on crowdsourced Data via users who reports fuel information through its app or website.

These are among the most note worthy innovations in the automotive Technology.